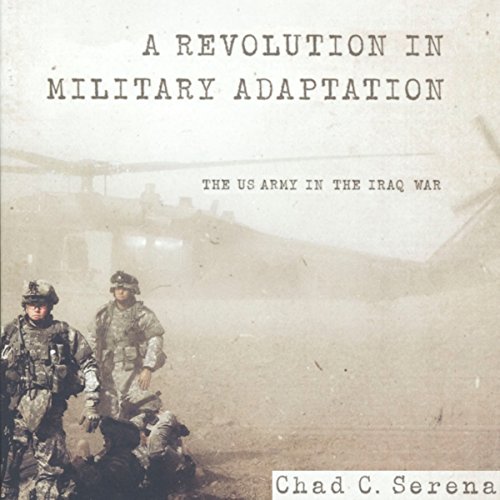 A Revolution in Military Adaptation

A Revolution in Military Adaptation

During the early years of the Iraq War, the US Army was unable to translate initial combat success into strategic and political victory. Iraq plunged into a complex insurgency, and defeating this insurgency required beating highly adaptive foes. A competition between the hierarchical and vertically integrated Army and networked and horizontally integrated insurgents ensued. The latter could quickly adapt and conduct networked operations in a decentralized fashion; the former was predisposed to fighting via prescriptive plans under a centralized command and control.

To achieve success, the US Army went through a monumental process of organizational adaptation - a process driven by soldiers and leaders that spread throughout the institution and led to revolutionary changes in how the Army supported and conducted its operations in Iraq.

How the Army adapted and the implications of this adaptation are the subject of this indispensable study. Intended for policymakers, defense and military professionals, military historians, and academics, this book offers a solid critique of the Army's current capacity to adapt to likely future adversary strategies and provides policy recommendations for retaining lessons learned in Iraq.

"A significant addition to the literature on the renaissance of the American military in the post-9/11 period. A Revolution in Military Adaptation explains the US Army's unpreparedness for the messy wars after 9/11 and the process by which it adapted into a more balanced force that could prosecute counterinsurgency and stability operations in Iraq, Afghanistan, and elsewhere. A superior work of scholarship." (Peter R. Mansoor, author of Baghdad at Sunrise: A Brigade Commander's War in Iraq)

What could Chad C. Serena have done to make this a more enjoyable book for you?

Make the writing style more like "It's Your Ship"

What didn’t you like about Richard Wayne Stageman’s performance?

Monotone, like the most boring professor you ever had.