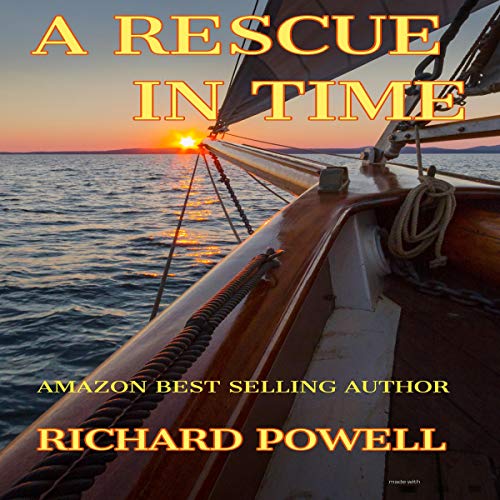 A Rescue in Time

By: Richard Powell
Narrated by: Lyle West
Try for $0.00

Not even Captain Jack Sparrow can rival the Lafittes' adventures in time!

While retrieving their treasure cache, Jean and Pierre Lafitte enter a mysterious fog on the Mississippi. Frightened by the fog, their cook, a student of Marie Laveau, invokes a chant which moves the ship and its crew to the 21st century. They discover the time shift when they seize a tug headed up stream.

Trapped in this unfamiliar time, the brothers reach an agreement with the tugboat's crew. For a portion of the treasure, the crew agrees to get them to Memphis. They also hire two of the tug's crew to be their guides in the modern world until they can work the force that moved them forward in time.

As they hide out in 21st century Memphis, the situation becomes desperate. Jean discovers his wife, left behind in the 19th century, requires a modern medical procedure to save her and her unborn child.

Frantic to discover the time travel secret, they enlist the help of scientists, voodoo practitioners, and a talking crow. But once the secret is unlocked, they still must make the journey both through time and across the Caribbean to the pirates’ home port on Galveston Island.

New Orleans Street hustlers and slave catchers throw obstacles in their path. While US Navy pirate hunters strive to bring the crew to justice. Can they do it? Will they achieve A Rescue in Time?

What listeners say about A Rescue in Time