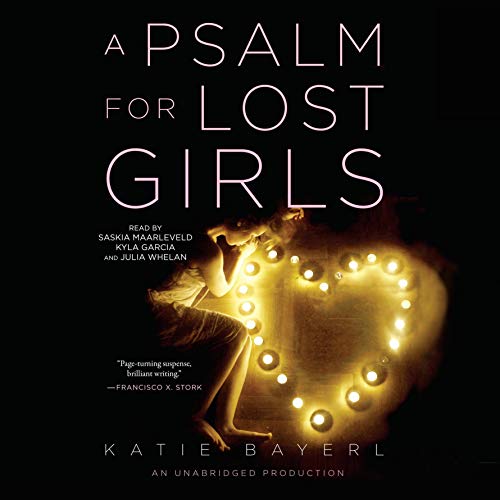 A Psalm for Lost Girls

I'll Give You the Sun meets True Detective in this brilliant YA debut about saints, sisters, and learning to let go.

Tess da Costa is a saint - a hand-to-god miracle-producing saint. At least that's what the people in her hometown of New Avon, Massachusetts, seem to believe. And when Tess suddenly and tragically passes away, her small city begins feverishly petitioning the Pope to make Tess' sainthood official. Tess' mother is ecstatic over the fervor while her sister Callie, the one who knew Tess best, is disgusted - overcome with the feeling that her sister is being stolen from her all over again.

The fervor for Tess' sainthood only grows when Ana Langone, a local girl who's been missing for six months, is found alive at the foot of one of Tess' shrines. It's the final straw for Callie. With the help of Tess' secret boyfriend, Danny, Callie's determined to prove that Tess was something far more important than a saint; she was her sister, her best friend, and a girl in love with a boy. But Callie's investigation uncovers much more than she bargained for - a hidden diary, old family secrets, and even the disturbing truth behind Ana's kidnapping. Told in alternating perspectives, A Psalm for Lost Girls is at once funny, creepy, and soulful - an impressive debut from a rising literary star.

"Fans of realistic fiction, mystery, or crime thrillers will find themselves at home in this spectacular debut.... A compelling must-have for YA collections." (School Library Journal, starred review)

What listeners say about A Psalm for Lost Girls

Yes! This is a fantastic story about sisters and their family tragedies and personal struggles, while also showing the small town life and different ways people grieve. It's also great writing, capturing teenage voices perfectly.

What was one of the most memorable moments of A Psalm for Lost Girls?

I loved the ending with how things turned out and how the characters start to feel hopeful for the future.

It's a tie between Callie and Tess. I related to Callie in a few ways as far as personality, while I liked how nice Tess was and how she tried so hard to do her best with her situation as being viewed as a saint.

It was hard to see the decline of Tess's condition and the dread you feel about what will happen. It was also hard to see Callie struggling with how she truly felt and allowing herself to try and move on. Their grief was raw and eye opening.

Kyla Garcia, who voiced Tess was phenomenal! She was masterful at the full range of emotion and breathing life into Tess as a character. While I didn't like the strong profanity in the book, it was just a small personal preference. But this is a debut novel that shouldn't be missed with great narrators and very realistic story.