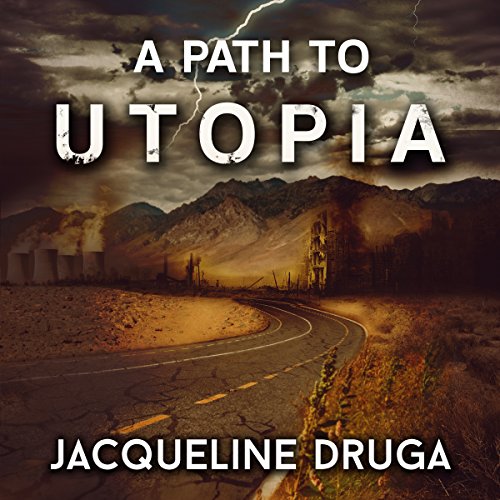 A Path to Utopia

By: Jacqueline Druga
Narrated by: Andrew Wehrlen
Try for $0.00

In the time it takes to create a single beat of a heart, 75 percent of the population drops dead. Within hours, another 20 percent succumb, leaving only a speck of human life remaining.

Believing they are victims of a preliminary act of war and eventual invasion, a group of survivors trek across a barren United States following a radio signal. The simple plan was to band with others to fight and defend their homeland. However, their journey not only brings them together with other survivors but also brings them a chilling truth. What had happened to their country was not a prelude to invasion, but rather the groundwork of global extermination.

The enemy is not what they expect.

What listeners say about A Path to Utopia

What did you love best about A Path to Utopia?

I am writing this review a few days after listening and I am having a little trouble remembering exactly what I liked so much about the story. That's unusual for me so I guess that says something. It did not blow my socks off but it was well told and entertaining. If you are really in to post apocalypse fiction put this one on the list. It isn't a struggle to get through and it isn't too heavy. The mystery of why the world has ended (nearly everyone in the U.S. just drops dead one day) is what I found most engaging. I will probably listen to the sequel but it isn't on my list of must-have-cannot-wait listens. Overall it is probably a 3.75.

This book was very entertaining from start to finish. It was imaginative and often amusing. I do think that there could at least have been a sequel, there are so many places that this book could have been taken. Great listen all round!

I liked the story. I loved how funny or is. Good characters. Just wish there was less cussing.

not for me book

This author is better than many who write post apocalyptic fiction. She writes wittily in this book. I would appreciate being able to buy the rest of the series in audio.