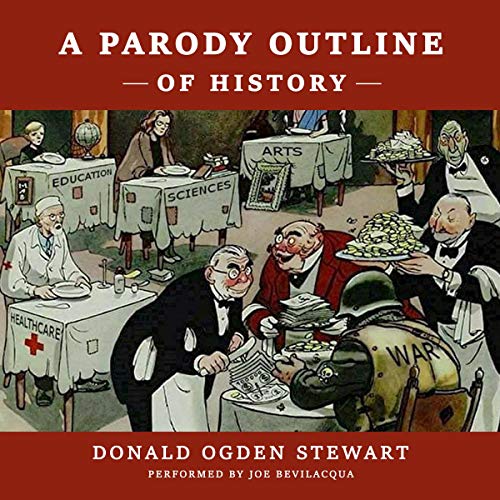 A Parody Outline of History (Dramatized)

By: Donald Ogden Stewart
Narrated by: Joe Bevilacqua
Try for $0.00

A Parody Outline of History is hilarious but scathing anti-war satire of The Outline of History (1920) by H. G. Wells, written by Donald Ogden Stewart, in the styles of popular authors of the day, and first published in 1921 only a year after World War I ended.

This ear-popping audio dramatization was produced and voiced by Joe Bevilacqua (aka Joe Bev) - enhanced with music and sound effects - in the style of the popular performers of 1920s and 30s, including The Marx Brothers, Laurel and Hardy, Jack Benny, W.C. Fields, Gary Cooper, and John Wayne.

Stories in this set:

What listeners say about A Parody Outline of History (Dramatized)

This may have been the cutting edge of comedy in 1921 but it doesn't raise many chuckles today.