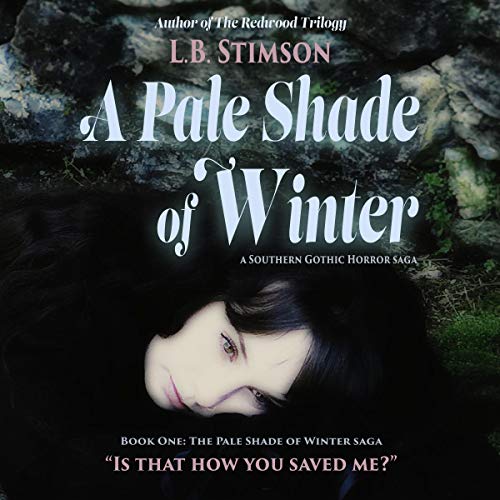 A Pale Shade of Winter

“We were born within the veiled walls of the convent. Our existence was an abomination. My brother vowed, that one day, he would discover the truth and expose the secrets, the lies, and the forbidden love which spawned us. He would ensure we would reclaim the life that had been stolen from us.”

“Is that how you saved me, Albert?”

Set against the beginning of the Spanish-American War, a young woman finds herself thrown into the midst of the most difficult choice of her life. This decision will ultimately lead to the unveiling of her family’s most deeply held secrets.

With two innocent lives caught in the veil between life and death, will she be able to make amends and cast out the evil that now thrives among the living?

A Pale Shade of Winter is a Southern Gothic horror saga that tells the story of Lenore Kensington, a young woman of considerable social standing who finds herself torn between family honor and duty and forbidden love.

But, this is not a love story. In fact, it is a story about betrayal, redemption, vengeance, and faith. And, in the end, one of the most heinous of all sins will be revealed.

What listeners say about A Pale Shade of Winter

A fantastic Southern Gothic/Creole Ghost Story that is written exquisitely and read with the utmost of eloquence.

I loved reading this. you go through the struggles and live their lives through their eyes. i plan to read more of these books soon

Magic, mystery, and the cunning and creative methods of a young brother to support his sister make for a captivating story that will keep you hooked until the end.

quite a good story could of elaborated more on certain parts . great narration.