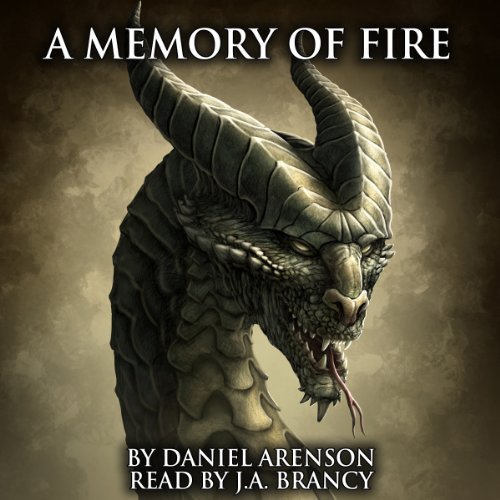 A Memory of Fire

By: Daniel Arenson
Narrated by: John Alexander Brancy
Try for $0.00

The Dragon War, the epic fantasy trilogy beginning with A Legacy of Light, concludes with a tale of darkness, hope, and dragonfire.

Darkness covers Requiem. The cruel Cadigus family, usurpers of the throne, rule with an iron fist. The Resistance, a band of desperate rebels, lies smashed and scattered. Hope fades. Some say it is utterly lost.

Bloodied, the Resistance hides in distant lands. Most of its fighters lie dead. One of its leaders, captured in battle, suffers torture in the dungeons of Cadigus. Old Requiem seems like nothing but a dying dream, a memory of fire and starlight.

Yet even in the darkest night, the embers of defiance glow. The last few resistors muster. Rising as dragons, lighting the sky with fire, they fly to their last stand - an attack on the capital itself.

What listeners say about A Memory of Fire

man it was good but could be better

Decent ending to the trilogy, Terrible audio quality though, it kept skipping and repeating sections. I love Daniel Arenson's books, but this series is my least favourite of his.