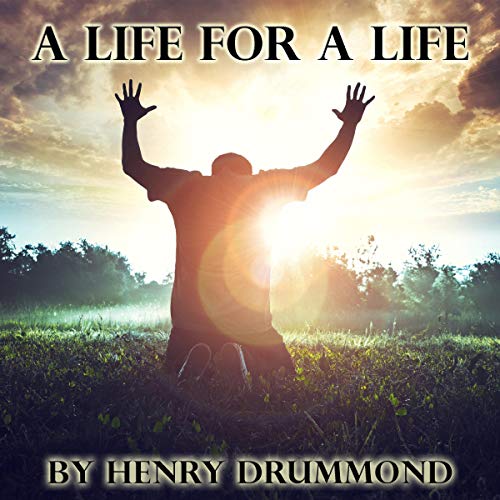 A Life for a Life

By: Henry Drummond
Narrated by: William Arthur Anderson
Try for $0.00

Henry Drummond was a Scottish evangelist, biologist, writer, and lecturer. This essay is about a man laying down his life as Christ laid down his. It is also about using plain language when talking about the message of the Bible.

It sometimes happens that a man, in giving to the world the truths that have most influenced his life, unconsciously writes the truest kind of a character sketch. This was so in the case of Henry Drummond, and no words of mine can better describe his life or character than those in which he has presented to us," The Greatest Thing in the World." Some men take an occasional journey into the 13th of One Corinthians, but Henry Drummond was a man who lived there constantly, appropriating its blessings and exemplifying its teachings.

As you listen to what he terms the analysis of love, you find that all its ingredients were interwoven into his daily life, making him one of the most lovable men I have ever known. Was it courtesy you looked for, he was a perfect gentleman.

Was it kindness, he was always preferring another. Was it humility, he was simple and not courting favor.

It could be said of him, truthfully, as it was said of the early apostles, "that men took knowledge of him, that he had been with Jesus."

What listeners say about A Life for a Life