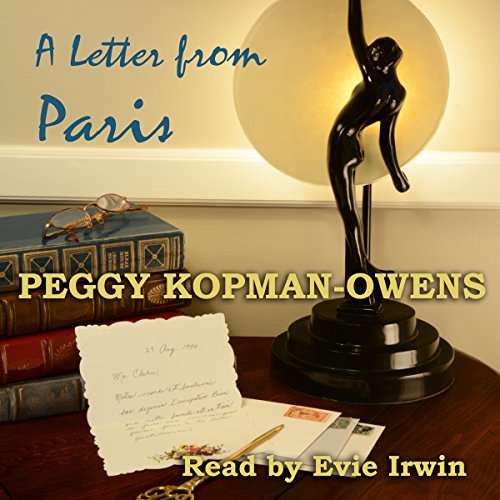 A Letter from Paris

By: Peggy Kopman-Owens
Narrated by: Evie Irwin
Try for $0.00

In desperation she wrote, "Meet me in Paris." He would have said, "Yes." But, he never received her letter. Who did? Les grandes vacances, the six-week summer exodus, is about to begin, taking Paris sleuth Louie Bertrand to sunny beaches while leaving his partner Mrs. Duchesney alone in Paris to investigate not one, but four mysteries! The stamp market provides a perfect setting for a shadowy figure from Moscow whose real interest in Paris may not be stamps. The closed case of the dead diplomat and his dubious widow refuses to stay "closed" when evidence suggests the Egyptian statue is not the only priceless item missing from their apartment. In Deauville, France, Louie searches for two married sisters traveling sans husbands, while Mrs. Duchesney in Paris receives a coded invitation to rendezvous with a dead poet. As if that weren't enough intrigue, both Paris sleuths will be forced to investigate one of their oldest friends when an unauthorized biography reveals his hidden past and secrets taken to the grave. It's another busy summer of Paris Mysteries. Pack your bags! Bon Voyage!

What listeners say about A Letter from Paris