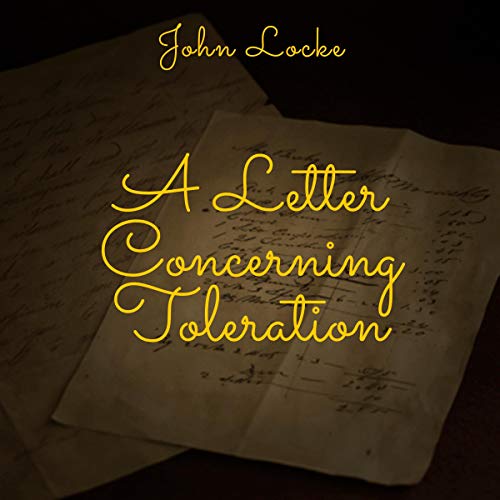 By: John Locke
Narrated by: Michael Anthony
Try for $0.00

A Letter Concerning Toleration by John Locke was originally published in Latin in 1689. It was Locke's response to the problem of religion and government; he proposed religious toleration as the answer. For Locke, the only way a Church gains genuine converts is through persuasion, not violence.

Arguing that the government should not involve itself in spiritual matters, he offers three main reasons: individuals cannot divest control over their souls to secular forces, as God does not appoint the magistrate; force cannot bring about the change necessary for salvation as it cannot change one's beliefs; and there is no reason to believe that magistrates are reliable judges of religious truth. As an empiricist, Locke also considered the practical, such as religious toleration on the peace of civil society.

What listeners say about A Letter Concerning Toleration