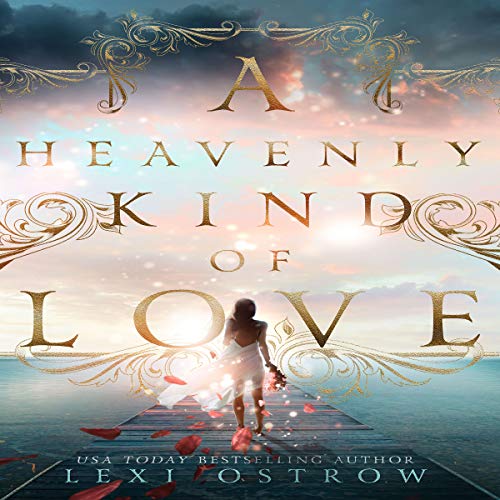 A Heavenly Kind of Love

By: Lexi Ostrow
Narrated by: Jennifer Nicole Stang
Try for $0.00

Cassandra Marks had dedicated her life to helping orphaned children around the world find families - something she never had. Life was everything she'd expected it to be for a woman who lived to work. She was only 30 when her world was turned upside down with one sentence: "I'm sorry, we've confirmed you have breast cancer." Giving up was not an option, but fighting cancer was harder than she'd imagined. Her work with worldwide orphanages was put on hold as she had to focus on herself, not her dream job.

Not all humans received guardian angels. Only those living a life that would leave a lasting impression on the world were so lucky. Gabriel, a direct descendant of the Archangel of the same name, lost his battle wings after he trusted a fallen angel and others died. He was saved from losing his wings thanks to his father - but it meant becoming a guardian angel. His first charge was less than he hoped for, but he was committed to Cassandra Marks to prove he was worthy of returning to battle.

Gabriel and Cassandra should never have met, but with her life in danger, he's sent to Earth in human form to judge her and see if she is worthy. While there, he finds himself falling in love with a woman who is destined to die. It's up to him to convince his fellow angels she is to live, and up to her to decide if she can handle being the woman to make a guardian angel fall.

What listeners say about A Heavenly Kind of Love