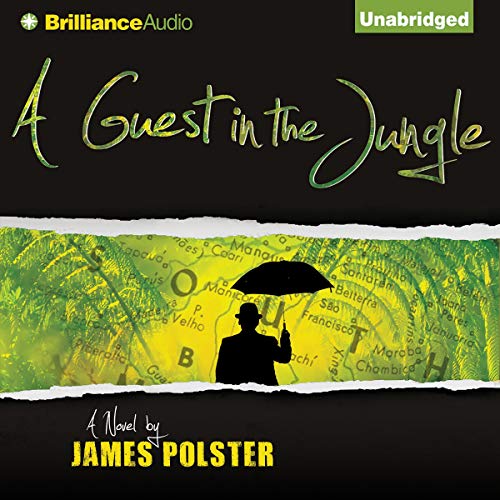 A Guest in the Jungle

By: James Polster
Narrated by: David Doersch
Try for $0.00

At 31, Pittsburgh attorney Whitehill rarely has been required to make a decision more stressful than which Brooks Brothers suit to wear to the office. Yet all that changes when a vacation to South America leaves him stranded in the depths of the Amazon jungle. There, he finds himself at the mercy of an opportunistic scientist whose motives are murky at best…and deadly at worst.

Though the good doctor offers a variety of excuses as to why he is dragging Whitehill through an actual rainforest - emeralds, valuable plants, insects - Whitehill’s not buying it. He escapes with the help of some hungry vampire bats and falls in with an English-speaking Indian whose tribe is at the heart of a raging conflict with land-hungry developers. Trapped in the jungle, Whitehill must gather what little courage he has to stop an Indian war and preserve a vanishing culture. Along the way, he has a fling with a gorgeous native, narrowly survives being sacrificed to the gods, and is rescued from a bombing by a pair of hard-drinking American expats.

Smart, engrossing, and uproariously funny, A Guest in the Jungle is a remarkable novel about the power of one man to make a difference in the world.

What listeners say about A Guest in the Jungle