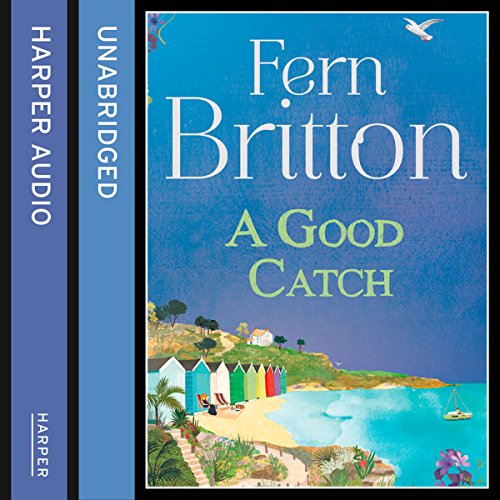 The new witty and warm novel from the best-selling author and TV presenter, Fern Britton. Perfect for fans of Katie Fforde, Jill Mansell, and Trisha Ashley.

Even happy families have their secrets... Greer Clovelly seems to have it all; beautiful, chic and slender, she's used to getting her own way. Greer has been in love with Jesse Behenna since her first day at school and she's determined that one day, they'll be married. After all, a marriage between them would join together two dynasties of Cornish fishing families to make one prosperous one.

For her friend, Loveday Carter - plump, freckled, and unpretentious - living in the shadow of her friend has become a way of life. She loves Jesse too, but knows that what Greer wants, she usually gets.

Jesse, caught in the middle, faces an agonising choice. Should he follow his heart or bow to his father's wishes? And what about his best friend Mickey, who worships the ground that Loveday walks on?

Jesse's decision will touch them all in ways that they could never foresee, and as the dark clouds start to gather the four friends find themselves weathering a storm - one that has the power to sink them all....

“Complicated friendships and tales of a chaotic love life make this a must-read.” (Woman)
“A light-hearted, fun read that perfectly captures the sights and smells of village life.” (Heat)
“Fern Britton has transferred her fun and friendly charm to the page.” (Good Housekeeping)

What listeners say about A Good Catch

wonderful story. I can't wait ti start the next novel. I would definitely recommend this book to everyone.

really enjoyed the story, lots of twists and turns, could not stop listening to the story

I usually love Ferns books but this one was a real depressing read. Was anyone really happy. I wouldn't recommend

Fabulous loved it. Well worth a read or a listen. Can't wait to read the next.

A good holiday read, enjoyable but I did find it rather annoying at times. I have read several of Fern's books but this was definitely not her best.

Set in Cornwall and an ideal book to take on holiday and Im sure lots of people will enjoy it. Personally I found it rather long and drawn out and the storyline was predictable and too tragic/dreary for me. I didnt warm to any of the characters so not my cup of tea. I did like Fern Brittons narration and I will probably try another of her books I think the storyline of this one just wasnt for me.

Took me back to my childhood.
Ferns narration easy to listen to.
Nice story
Kept me company on morning walks.