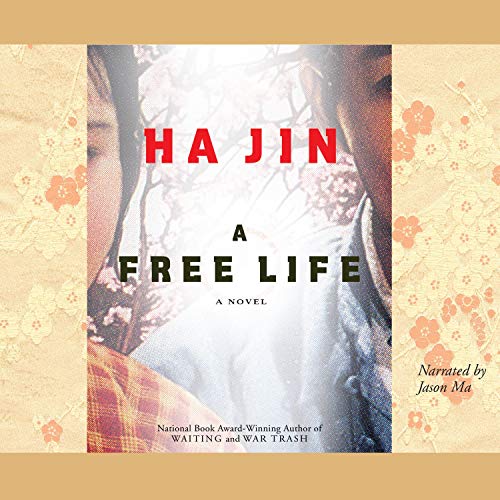 Introducing the Wu family: father Nan, mother Pingping, and son Taotao. We meet them as they arrange to fully sever ties with China in the aftermath of the 1989 massacre at Tiananmen Square, and to begin a new, free life in the United States.

At first, their future seems well-assured. Nan's graduate work in political science at Brandeis University ensures him a teaching position. But after the fallout from Tiananmen, his disillusionment turns him toward his first love, poetry. Leaving his studies, he takes on a variety of menial jobs as Pingping works for a wealthy widow as a cook and housekeeper. As Nan struggles to adapt to a new language and culture, his love of poetry and literature sustains him through difficult, lean years. As Pingping and Taotao slowly adjust to American life, Nan still feels a strange attachment to his homeland, though he violently disagrees with Communist policy. But severing all ties, including his love for a woman who rejected him in his youth, proves to be more difficult than he could have ever imagined.

"A poet as well as a fiction writer, Ha Jin writes of sacrifice, isolation, and valor with uncommon perception." ( Booklist)

What listeners say about A Free Life

Did not enjoy it.

I did not enjoy this audiobook. Not sure if I would have liked it as a "regular" book, but I didn't like the reader. He tries to use a Chinese accent for some of the characters, but it comes off as mocking & inauthentic.

I couldn't get past the first 7 hours. Accents were annoying and the repetition of names was boring. I'll get the book from the library and read it because I liked the original reviews...but I'm not going to finish listening to it.

Loved “Waiting” by Ha Jin but this was a disappointment. I would not recommend it.

A long story that leads to simplicity

This traces the heroes life from China to the American dream. He is married and has a child, buys a home, and even buys a Chinese restaurant. In China he was a teacher, but when he arrives in America he can only find work as a janitor. This gives him time to work on poetry, since he only has to clean up and check off his work hourly, but his ambitions grow and he discovers that the American dream he believed so strongly in wasn't his dream after all. This was a great way to see America from a recent immigrants eyes.

Very good but a bit slow at times

Would you consider the audio edition of A Free Life to be better than the print version?

did not read the print

What was one of the most memorable moments of A Free Life?

Spoiler alert: the pregnancy and in utero death of their child.

If you could take any character from A Free Life out to dinner, who would it be and why?

Ping Ping, she really held every one together.

Jason Ma's voice was good and accents were on target except when he did a southern accent, all the Georgians sounded like they were from New Jersey.

I love Ha Jin and he is one of my top 5 favorite authors, this book is an excellent study in of an immigrant family's experience. Parts were slow and I grew tired and weary of the main character hoping, yearning and worrying about becoming a writer. I just wanted him to do it or take an antidepressant already!

I loved Ping Ping and how she really held the family together. Lots and lots of good discussions could happen around this book, would be great for book club.

While I forced myself to listen to this story (and the story was interesting) I did not like the narrator's characterizations nor his inflections. I was also tired of the whining tone of the book and hearing "if only..."

The book seems a little slow in the beginning, but it's a good one in essence!