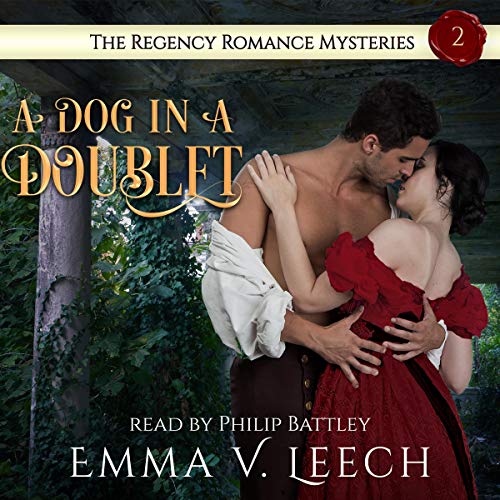 A Dog in a Doublet

A man with a past

Harry Browning was a motherless guttersnipe, and the morning he came across the elderly Alexander Preston, The Viscount Stamford, clinging to a sheer rock face, he didn't believe in fate. But the fates have plans for Harry whether he believes or not, and he's not entirely sure he likes them.

As a reward for his bravery, and in an unusual moment of charity, miserly Lord Stamford takes him on. He is taught to read, to manage the vast and crumbling estate, and to behave like a gentleman, but Harry knows that is something he will never truly be.

Already running from a dark past, his future is becoming increasingly complex as he finds himself caught in a tangled web of jealousy and revenge.

Temptation, in the form of the lovely Lady Clarinda Bow, is a constant threat to his peace of mind, enticing him to be something he isn't. But when the old man dies, his will makes a surprising demand, and the fates might just give Harry the chance to have everything he ever desired, including Clara, if only he dares.

And as those close to the Preston family begin to die, Harry may not have any choice.

Warning: This book is liable to contain mild swearing and descriptive sex scenes!

The Rogues & Gentlemen series can be enjoyed as stand-alone regency romance and historical romance novels, or as part of the wider series. If the full series appeals, the suggested – but by no means essential - listening order would be:

Happy listening! And please do leave a review if you can – it would mean the world to hear what you enjoyed most about the book.

What listeners say about A Dog in a Doublet