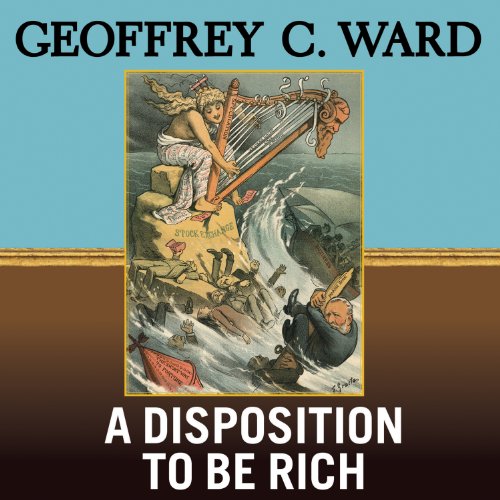 A Disposition to Be Rich

By: Geoffrey C. Ward
Narrated by: Robertson Dean
Try for $0.00

How a small-town pastor's son ruined an American president, brought on a Wall Street crash, and made himself the best-hated man in the United States.

Ferdinand Ward was the Bernie Madoff of his generation - a supposed genius at making big money fast on Wall Street, who turned out to have been running a giant pyramid scheme that ultimately collapsed in one of the greatest financial scandals in American history.

The son of a Protestant missionary and small-town pastor with secrets of his own to keep, Ward came to New York at 21 and in less than a decade, armed only with charm, energy, and a total lack of conscience, made himself the business partner of a former president of the United States and was widely hailed as the "Young Napoleon of Finance". In truth, he turned out to be a complete fraud, his entire life marked by dishonesty, cowardice, and contempt for anything but his own interests.

Drawing from thousands of never-before-examined family documents, Geoffrey C. Ward traces his great-grandfather's rapid rise to riches and fame, and his even more dizzying fall from grace. There are mistresses and mansions along the way; fast horses, crooked bankers, and corrupt New York officials; courtroom confrontations and six years in Sing Sing; and Ferdinand's desperate scheme to kidnap his own son to get his hands on the estate his late wife had left the boy.

A Disposition to Be Rich is a great story about a classic American con artist, told with boundless charm and dry wit by one of our finest historians.

What listeners say about A Disposition to Be Rich

Another very well written book from this author. The material is obviously thoroughly researched and the flow of the narrative keeps you involved. Definitely recommended!