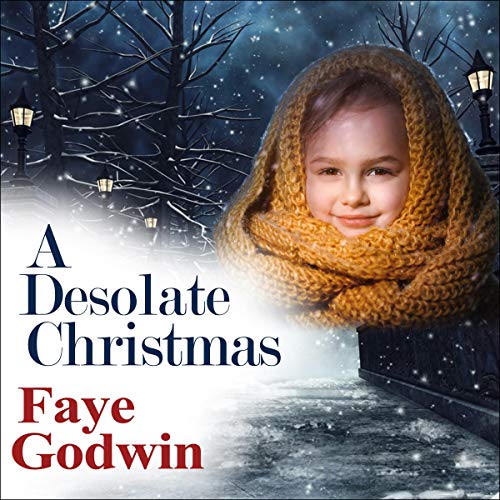 By: Faye Godwin
Narrated by: Cecily White
Try for $0.00

Lena Phillips has everything she could want: a father who adores her, a mother who spends hours reading to her, a nursery full of the most wonderful toys. Lena even has Sally Goodman, a doting governess. Lena is only four years old, and she's the happiest little girl in the whole wide world. As Christmas approaches, Lena grows more and more excited - unaware that a dark plot is brewing, and she will be caught in its tendrils.

Governess Sally Goodman has a dark secret, and Ella - a parlor-maid who's gained Sally's trust - is determined to exploit that weakness. Influenced by her criminal brothers, Ella persuades Sally to leave Lena in her care for an afternoon just before Christmas. What happens next changes Lena's life forever.

Sold to a cruel couple in the slums of Victorian London, Lena is plunged into a world of begging, stealing, starving, and abuse. Lena's family searches in vain for her, and finally in despair, they give up.

Every Christmas that follows is progressively colder and more hopeless than the first. Lena loses hope that anyone will want her - except a boy with sad grey eyes. A boy who needs her as much as she needs him....

What listeners say about A Desolate Christmas

This is a heartwrenching story about a little girl kidnapped from her home of privilege, to the poor slums of London. There, Lena is forced to steal and beg for her captures. Farley was a young boy in the same circumstance as Lena, always looked after her. It wasn't until 11 years later, by chance, her life changed for the better. This is a story of love, lost, sadness and a joyous ending.
I thoroughly enjoyed listening to this beautiful story narrated by Cecily White 🎧audiobookobsessionreviewer🎧

This book was really good and ended so wonderfully. The part that broke my heart was when the maid first took her and started treating her badly and then her the maids brother started treating her badly as well. This beautiful precious little girl being treated like dirt it was almost enough to make me cry because I know somewhere in the world on this Christmas Day 2019 there is a child being treated like that it is so sad. Despite all that it turned out wonderfully through Circumstance and on the biting hope Lena stays the precious sweet person she is and also meets Farley a twin soul who was also abducted in me to beg for money. The ending is so good I highly recommend this book if you like Hallmark movies or just books with a happy ending get this book I loved it!

I was given this book and asked to do a fair and impartial review. I am really amazed at the books you get for free and this is one of them so here’s my fair in a post to review it was awesome I loved it!

very good narrator! loved the book, couldn't stop listening she was so good! very good end, I cried! and a well written book.