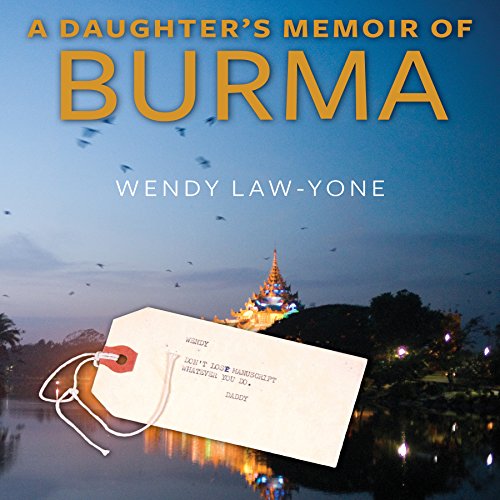 A Daughter's Memoir of Burma

A Daughter's Memoir of Burma

Wendy Law-Yone was 15 at the time of Burma's military coup in 1962. The daughter of Ed Law-Yone, daredevil proprietor of Rangoon Nation, Burma's leading postwar English-language daily, she experienced firsthand the perils and promises of a newly independent Burma.

On the eve of Wendy's studies abroad, Ed Law-Yone was arrested, his newspaper shut down, and Wendy herself was briefly imprisoned. After his release, Ed fled to Thailand with his family, where he formed a government-in-exile and tried, unsuccessfully, to foment a revolution. Emigrating to America with his wife and children, Ed never gave up hope that Burma would adopt a new democratic government. While he died disappointed, he left in his daughter's care an illuminating trove of papers documenting the experiences of an eccentric, ambitious, humorous, and determined patriot, vividly recounting the realities of colonial rule, Japanese occupation, postwar reconstruction, and military dictatorship. This book tells the twin histories of Law-Yone's kin and country, a nation whose vicissitudes continue to intrigue the world.

Should have stayed in Burma

My title is mostly referencing the storyline, as I found the book to be less and less interesting the further it got from the point that the author and her family left Burma. Until that point the book was mostly the story of Burma, through the course of its modern transformation, told in conjuction with the story of one of its most prominent families (the authors'). Had the book ended when they left Burma I would give it five stars as it was both entertaining and very enlightening. However, after they left their homeland the book noticeably changed to be almost entirely about the author and her family, which I found to be indulgent on the authors' part. I could have forgiven her had the story come back to Burma in the end, but she went even further from her original subject and told us all about her grandfather and his escapades in Africa. And I was left with the feeling that she is somehow more connected to Africa than to Burma as she went on and on about the African antelope her grandfather caught and sold to an American zoo. Even her final passage is about locking eyes with a cheetah of all things. I don't know if I've ever been so let down by an ending. If she didn't have anything to say about Burma after she left, the she should have stopped the book there.