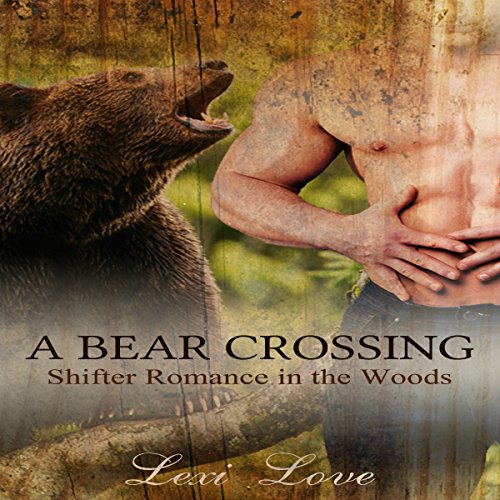 City girl Ira Jenkins needs some time away from society. When she ventures into the off-limits section of Yellowstone National Park, she expects two weeks void of human interaction. She has no idea she would stumble upon a sexy park ranger - one capable of blowing her away.

But he's not just a park ranger.

Ricky Greene, with his prim and proper uniform may look like another run of the mill park ranger, but he is much more than that. In fact, his job is just a cover up for his secret. A secret he has never shared with a human. No one has lived to tell of his shifter qualities. No one, outside of his pack, has seen him turn into one of the large brown grizzlies in the state of Montana.

Or so he thinks.

There is danger lurking in the woods. Darkness brings with it danger. So when Ricky falls in love with Ira, he makes himself vulnerable. As Ricky comes face to face with an old rival, he will have to protect Ira with every last breath. But will Ricky be able to save Ira from Alec's clutches? Or will she fall victim to the older, much stronger alpha?


If you're in need of an escape from reality but can only spare an hour, plug yourself into your favorite listening device and fire up A Bear Crossing! Lexi Love’s bear shifter romance takes off fast with a beginning slightly reminiscent of Goldie Locks. This Goldie, however, is named Ira, and she’s backpacking alone in Yellowstone Park. When Ira stumbles upon a cabin deep in the woods belonging to park ranger Ricky Green, she’s in for lots of surprises. Not only is Ricky one gorgeous hunk of man, he’s a bear shifter who's set his sights on this adorable, sexy female.

A Bear Crossing is well written and lots of fun. Although Ricky’s character is much more developed and interesting than Ira, it works. As a matter of fact, I preferred the focus on Ricky and his growly, take charge sexiness because...well, it’s hot! What really made this story stand out for me is the narrator, La Petite Mort. His acting is wonderfully realistic which, let me tell you, is not an easy task when you're reading shifters. His baritone voice is gorgeous and sexy as hell! Even though I don’t listen to many books, I will definitely seek out more with La Petite Mort’s narration.