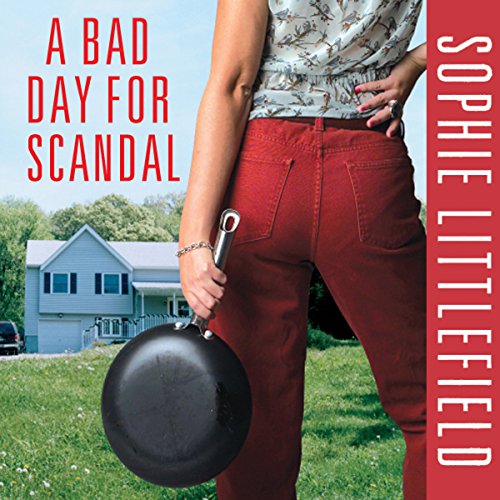 A Bad Day for Scandal

By: Sophie Littlefield
Narrated by: Barbara Rosenblat
Try for $0.00

When Prosper homegirl turned big-city businesswoman Priss Porter returns to town with a body in her trunk, she calls Stella Hardesty to dispose of it. Her uppity ways dont convince Stella to take the job, and Priss attempts to blackmail her with a snapshot of Stella doing what she does best: curing woman-beaters by the use of force. Stella refuses to cooperate and goes home, only to hear later that Priss and her brother, Liman, have gone missing after calling in a disturbance. Stella is implicated when Sheriff Goat Jones discovers the scarf she left behind at the house. He warns her to stay local but Stella and her partner, Chrissy Shaw, go looking for Priss in Kansas City, where they discover that she runs an unusual business. When Priss herself, along with two other bodies, turns up in a pond belonging to one of Stella's ex-clients, Stella must investigate a host of suspects, including a crooked but libidinous female judge, a coterie of jealous male escorts, and a Marxist ex-professor.

A Bad Day for Scandal is the third in Sophie Littlefield's award-winning, critically acclaimed series. Written with passion, humor, and guts, this is a mystery to be savored.

"This caper is more fun than eating cotton candy on a Ferris wheel. Littlefield's zesty dialog and astute observations make this irreverent third series entry fly by. The zaniness evokes Janet Evanovich or Harley Jane Kozak; the story itself, Ben Rehder, who writes so well about good old boys behaving badly." (Library Journal)
"Littlefield's eccentric cast of characters grows richer with each book, and Stella continues to dazzle with her wit, charm, and ease with firearms." (Publishers Weekly)

What listeners say about A Bad Day for Scandal

Even Barbara Rosenblat couldn't save this one

Would you try another book from Sophie Littlefield and/or Barbara Rosenblat?

I love Barbara Rosenblat, but the southern american accent she used for this book was really tiring to listen to. I would not try another book from Sophie Littlefield, I thought the story was slow and cumbersome and not very inventive. Also, I didn't like any of the characters, and that's important to me.

What a fun read!

Would you listen to A Bad Day for Scandal again? Why?

Absolutely! I love the theme and love the characters.

Which character ??? as performed by Barbara Rosenblat ??? was your favorite?

I rooted for the heroin and fell in love with the sheriff!

Laugh out loud funny about a very serious issue.

kind of kept me in suspense, the killer was not the person who I thought it was. so far I love the series.