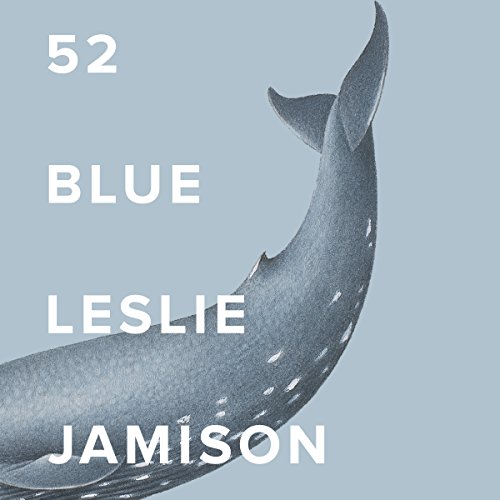 At a remote military base in the Pacific Northwest, Navy sonar technicians hear a confounding sound. It is the voice of a whale, but one that sings at a frequency - 52 hertz - never before heard by scientists, and inaudible to other members of its species. The whale seems to be alone in the Pacific Ocean, unable to communicate with its kind.

Three thousand miles away, in an apartment in Harlem, a sudden illness plunges a 48-year-old woman named Leonora into a coma. She wakes up in a hospital room, barely able to speak, adrift in the world. Wandering the Internet late one night she discovers the saga of the whale - and finds her life transformed by the power of its story.

In 52 Blue, Leslie Jamison, best-selling author of The Empathy Exams, weaves together these stories in a boldly original exploration of scientific discovery refracted through the lens of human longing. Venturing into the community of people gathering in a mysterious animal’s wake - a brilliant marine biologist, a lovelorn photographer covered in whale tattoos, an obsessed filmmaker, and finally Leonora - Jamison comes away with an absorbing meditation on what it means to be alone, and how we seek meaning from the natural world.

What listeners say about 52 Blue

Both imaginative and scientific, Jamison’s captivating narrative tells the story of a mysterious, particular blue whale and what he means to scientists and to idiosyncratic, inimitable human beings.