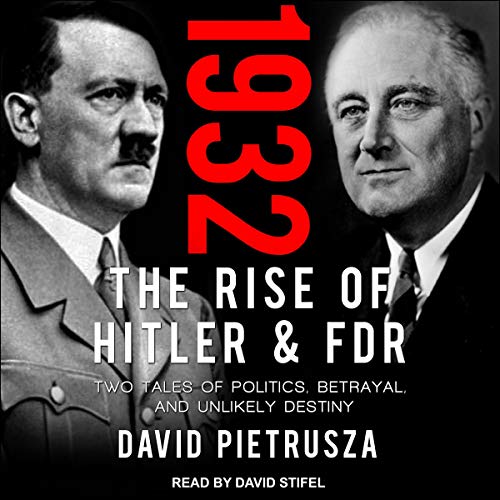 By: David Pietrusza
Narrated by: David Stifel
Try for $0.00

But neither outcome was inevitable.

What listeners say about 1932

What a waste of time

I expected insight as to how these two perceived each other. Nothing. This is simply how each man came to power. 8 hours of German politics in 1932? Thanks but I don’t have any interest in details that don’t correspond with anything of merit. If you’re a detailed historian about stuff that doesn’t matter, okay, but this book was sold as a comparative piece. There is no such comparison.