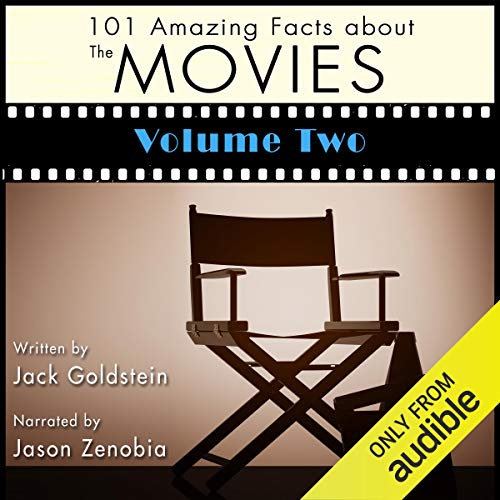 101 Amazing Facts About the Movies: Volume 2

101 Amazing Facts About the Movies: Volume 2

By: Jack Goldstein
Narrated by: Jason Zenobia
Free with a 30-day trial

For how many of his James Bond film appearances did Sean Connery wear a wig? What are the Wookiee costumes in Star Wars made from? How did Rocky earn enough money to open up a pet shop in the original script for the first film in the series? And how many times are the words ‘Elm Street’ spoken in the first Nightmare on Elm Street film?

In this fascinating audiobook, narrator Jason Zenobia talks us through over 100 amazing facts about the movies, including sections covering original endings, props, costumes, James Bond and much more. So if you want to find out all the secrets from behind the scenes of well-known - and some not-so-well-known - movies, this is the perfect audiobook for you!

What listeners say about 101 Amazing Facts About the Movies: Volume 2