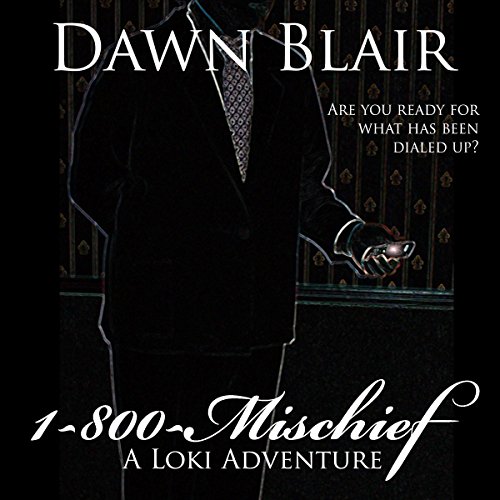 Loki, Norse god of mischief, has been banished to earth for a crime he may or may not have committed. He has a plan to regain his powers and return to Asgard to prove his innocence - until he discovers a plot against him.

Who would dare to call up Loki's wrath? Why now?

Who cares? They have dialed up 1-800-Mischief, and this trickster wants to play.

This is the first story in The Loki Adventures.

What listeners say about 1-800-Mischief

Fun but Not Particularly Well-written

3.5 stars. This is light reading, or listening in this case, and is what I call "literary ice cream." It's fun, it's enjoyable, and that's all it's meant to be. Don't expect stellar writing or an intricate plot... That's not what this is supposed to be. It's just a humorous and fantasy-driven little break from reality. Both the narrative and the narration were fine, but not great. However, it was still fun.

Was hanging on to every word. Disappointed it ended so soon. Loved it. Would love to read more.