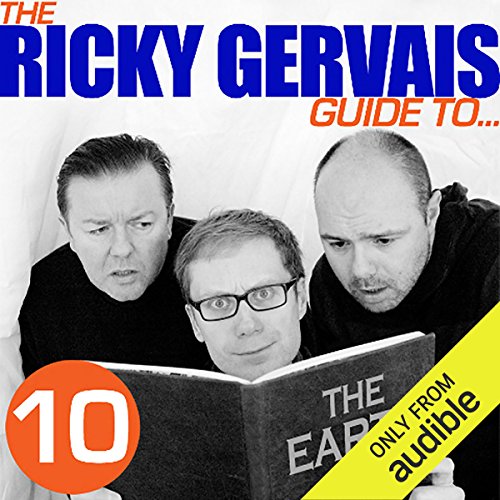 The Ricky Gervais Guide to... THE EARTH

The tenth and final episode in this series considers our planet in all its awsome magnificence. Join Ricky Gervais and Steve Merchant and Karl Pilkington for a final verbal jaunt around the world.

What listeners say about The Ricky Gervais Guide to... THE EARTH

Bring it back boys. We all want more Karl. Spice it up and have a different guest on for each podcast and let Karl pick their brain.

I listened to all of the Audio Books within only a few days. Never been so entertained by Audio until these three taught me about all the wonders on earth.. Or the world.. Whichever.

Ricky and Stephen love to provoke Carl and his stories and may I say what a great time. With Carl usually running his mouth off to an endless ramble about nothing that relates, allows me to be so struck by one mans mind. Ricky's laughter is contagious and Stephen's effort to make sense of Carl's stories is so magnificent. If you are looking for great entertainment, here it is.

One thing I have a problem with.. There is only ten short hours of these Audio Books, cheers to more!