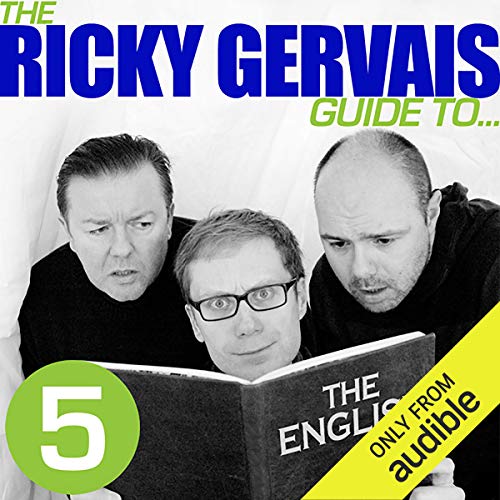 Ricky Gervais Guide to... THE ENGLISH

The Ricky Gervais Guide to... THE ENGLISH.

In celebration of St. George's Day, this last episode in the present series focuses on The English - their culture, history, and how they are perceived internationally.

Join Ricky Gervais, Steve Merchant, and Karl Pilkington as they take tea, maintain a stiff upper lip and generally comport themselves as fine examples of the Bulldog Breed.

What listeners say about Ricky Gervais Guide to... THE ENGLISH

How facts take this team off into diverse discussions and explanations is absolutely hilarious.

Its in decline, unfortunately Carl has lost the innocence that made his so engaging and brilliant. He has got full of himself in a way that exposes the mean-spirited sides of his personality.
Now its just more London media, who are very satisfied with themselves, yapping.

Who was your favorite character and why?

What about Ricky Gervais, Steve Merchant & Karl Pilkington’s performance did you like?

Was there a moment in the book that particularly moved you?