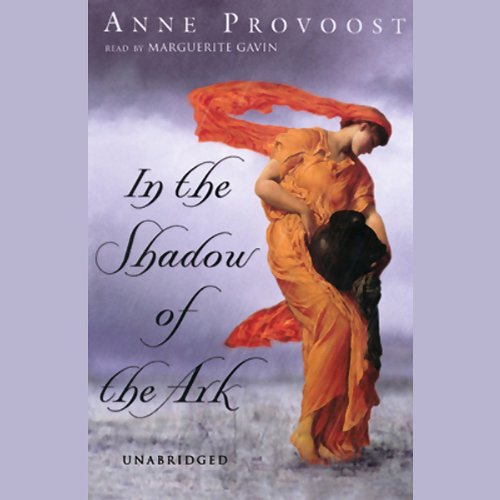 In the Shadow of the Ark

By: Anne Provoost
Narrated by: Marguerite Gavin
Try for $0.00

The rumor of the flood to come was too terrible to be true, and like most, Re Jana does not believe it. How could a god, anyone's god, determine who deserves to live and who to die?

It was the rising waters that chased Re Jana's family from their home in the marshes. To the desert they fled, following the trail of animals and people who had gone before them. And there, in the dry center of the desert, rose the frame of a boat of unprecedented proportions, Noah's ark.

Even as she falls in love with the builder's son, Ham, and panic spreads in the gathered tribes, Re Jana questions all that she hears and believes her family will be saved, even as the deluge begins and the doors to the ark are sealed.

"A vast piece that strikingly reveals the human condition at the hour of its destruction." (Booklist)

What listeners say about In the Shadow of the Ark

I was hoping for something along the line of The Red Tent. It didn't address the historical, cultural aspects of the times. I never "got to know" the characters. I was disappointed.;