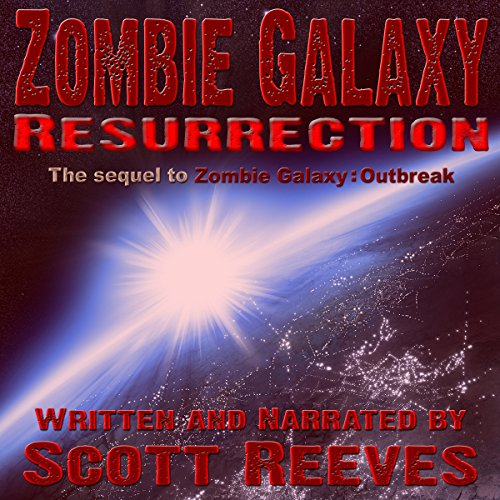 This novella concludes the saga that began in Zombie Galaxy: Outbreak.

Thousands of years in the future, the planet-city Caldor is ground zero when a new method of matter transmission unleashes a zombie apocalypse on the planet's 800 billion inhabitants.

Zombie Galaxy: Resurrection is an epic space saga that spans thousands of years; from a near future encounter at Cydonia, on Mars; to the day when Christ's 1,000-year reign on Earth comes to an end; and then onward to the 50th century, when history reaches its culmination in a zombie apocalypse that sweeps the galaxy.

Warning: Although there is no proselytizing, this novella contains Christian elements that some listeners might find objectionable.