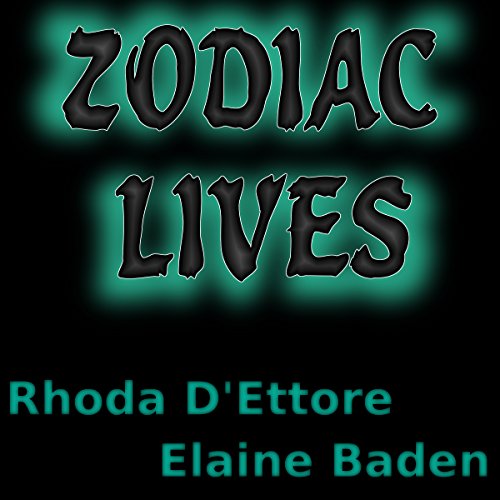 By: Rhoda D'Ettore
Narrated by: Elaine Baden
Try for $0.00

No one is safe because...zodiac lives.

In the 1960s and 1970s, a serial killer terrorized San Francisco, California. He taunted police and the media by sending them cryptic messages and named himself the Zodiac Killer. The killings stopped, and he was never identified.

In 2000, a toddler began having nightmares about a murder 3,000 miles away - and two decades prior. When her dreams led police to clues that connect Zodiac to an unsolved murder, he emerged from his dormancy. Now no one is safe.

What listeners say about Zodiac Lives

Excellent book with a couple of good twists on the story!!!! Would highly recommend to anyone!!

Loved the Book. Couldn't stop Listening. Is There a Sequel.
I absolutely recommend this Book