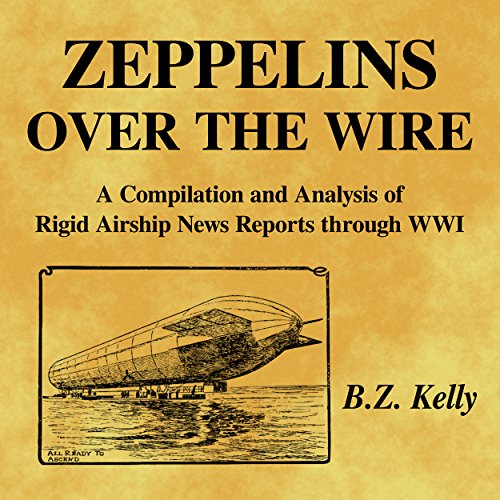 Zeppelins over the Wire

As powered flight was in its infancy, the transatlantic cable brought news reports "over the wire" from Europe to the United States in hours. These news reports shed light on the development of the large rigid airships and uncovered many amazing facts. Some of those facts include:

Most of the 23,800 words are articles, or portions of articles, as published before and during WWI. Some discussion is provided for context, flow, and to provide occasional contrast to the present day. Dollar figures reported are translated into present day values to provide perspective.

The collection of articles provides insight to the perception of airships from the early years of doubt, through the years when "aeromania" gripped the world, to fear of destruction, and finally confidence that Zeppelin attacks could be repelled with anti-aircraft guns and airplanes.

What listeners say about Zeppelins over the Wire

Not a story book

It goes over Dimensions and specifications of the zeppelin