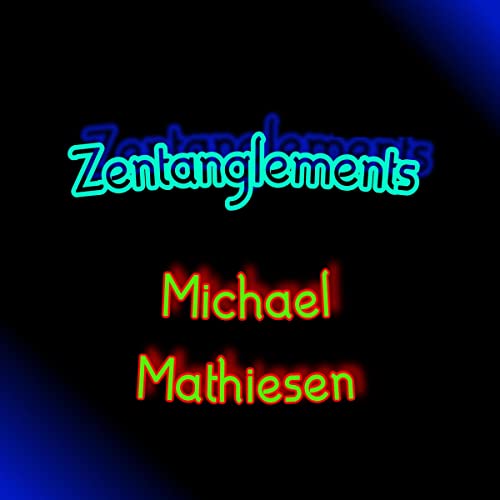 Zentanglements: The Three Laws of Consciousness explains the culmination of thousands of years of human evolution and scientific discoveries. When you finish reading this book - and if you've absorbed the lessons therein - you will know more than Albert Einstein did when he died in 1957. We say that everything is Zentangled, and that means everything and everyone. If you have ever been stirred by the creative forces inside you or wanted to be so stirred - this book could unleash that power in you, and it is the intent of the author to do just that.

After listening to this book, I guarantee you will know more about the universe than Albert Einstein did when he died in 1957 - no joking around!

This book is actually a private tour of the universe as presented to me by doodles (Zentanglements) that I have made over the years in the pursuit of illustrating these abstract ideas of cosmology, astrophysics, quantum physics, etc. I have also made the Zentanglements available for purchase for anyone who wants or needs a constant reminder of where they are in the universe in relation to everything else and want that reminder hanging on their wall.

If you are interested in the new discoveries in science and their place in the great marketplace of ideas - you found the right book. I am not, nor have I ever been, an academician, and therefore have always thought independently. And so, I have determined that there are laws of consciousness, just as there are laws of physics. The only difference is that the laws of consciousness must be obeyed by every particle in the universe first. Then, this obedient behavior appears to us as the laws of physics. In reality, all subatomic particles and all the planets and galaxies in this universe are part of the cosmic consciousness that created everything out there, including you and me.

This begins my book series intended for "Smarties" because dummies are probably too busy with lesser ideas to appreciate the most important aspect of life. More titles under the Smarties trademark will be published soon, but this title will always be the flagship and, we suspect, the most important book in the series. Therefore, if you consider yourself to be a smart person, we invite you to participate in this adventure. As you will find out - as you listen to the book - nothing happens by accident, and therefore it is no coincidence that the scientific discoveries discussed here, such as the LIGO experiment, the zinc spark, and entangled electrons and photons, happened at this particular time in our evolution where everything appears to be unraveling for our species.

We are at a crossroads in history. There is a mass hysteria taking hold of more and more of us. Yet we have now acquired the technology to make this planet a utopian paradise, if we merely applied ourselves and put aside our lesser instincts of greed, abuse of power, apathy, and addiction.

Find out how I came up with the Three Laws of Consciousness and try to find any flaws in my logic.

Over the centuries, our smartest thinkers, philosophers, poets, and songwriters have tried as hard as they might to define consciousness and how it comes together in our minds and souls.

What listeners say about Zentanglements