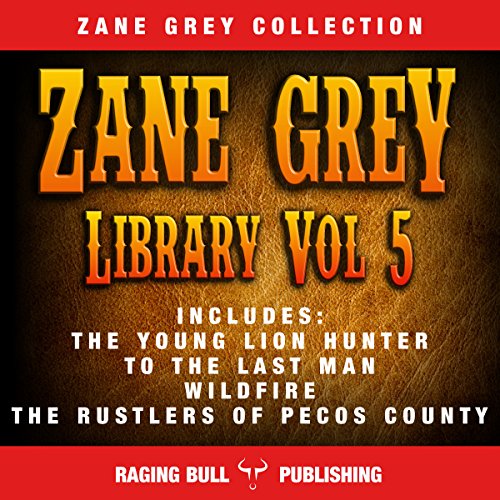 Ken Ward encounters mustangs he must ride, a pack of hounds the likes of which he had never seen before, Native Americans who he comes to appreciate with a new awareness, and landscape so wild and primitive it takes the breath away in the Grand Canyon.

An ancient feud between two frontier families is inflamed when one of the families takes up cattle rustling. In the grip of their relentless code of loyalty, they fight a war in Tonto Basin, desperately, doggedly, neither side seeing the futility of the conflict. Surrounded by this volatile environment, young Jean finds himself hopelessly in love with a girl from whom he is separated by an impassable barrier.

Horse hunter Lin Sloan never wanted anything more than the wild stallion he called Wildfire. Lucy Bostil found the horse and the unconscious man who had roped him. She saved both their lives and took Sloan's heart in the process. Now, another man wants Lucy and the horse - and will stop at nothing short of killing to get them.

Set in lawless Western Texas in the time when outlaws were the law, no real crime went to court, and good citizens were terrorized. The Texas Rangers were fighting for support against a gang of rustlers.

Visit www.RagingBullPublishing.com - the home of westerns.

Max Brand is the best of all yarn spinners, plain and not so simple. Above all.