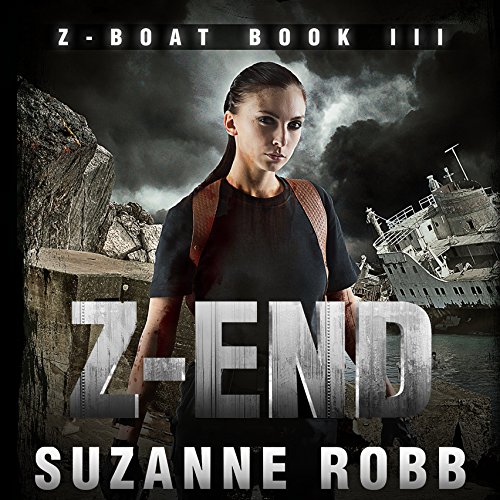 Ally Lane survived the sinking of the Betty Loo, escaped imprisonment, and averted an all-out war between the nations that would have destroyed the world. Now she is faced with her greatest challenge: She must cross the country, avoiding hordes of the undead and groups of people willing to do anything to survive. While she travels with a ragtag group of survivors and new additions, the reality of their situation hits home. There are worse things out there than the zombies, and she can only think of one solution for them to live. After a close encounter with a maniac convinced the zombies can be tamed and made into a new breed of soldier, Ally implements her plan.

With only a handful of people left from her group, they make the trek to the coast where they find the rusting metal hulks of what used to be grand floating cities. When they board them, they discover they are not alone. Forced to make a choice between the lives of those she cares about or death, she does the only thing she can. Ally forges a shaky alliance with a man she doesn’t trust, but it will get her one step closer to her goal. The voyage is filled with peril and danger, but they reach their destination: Midway Island. Soon after, they discover there is something deadlier than zombies. As their time ticks away, Ally's strength, determination, and will are tested.

An awesome end to a great series.

I recommend this book to anyone who is a fan of both the zombie and dystopian genres.

the story was pretty inventive and moved along at a good pace but it felt like a badly abridged book. I kept thinking there were pages missing from the audiobook - eventually couldn't wait to get to the end of the book so it was over - bought all three and frankly a bit disappointed.