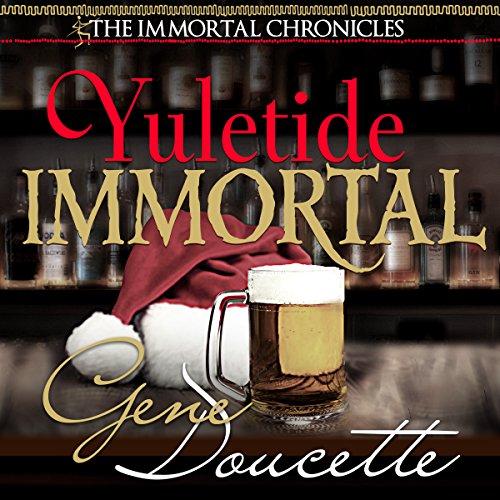 Christmas comes but once a year.

The first time I met Santa was in a bar. I was occupying a barstool in the Village in lower Manhattan at the time. It was December, of course - one does not meet Santa in August - and the year was 1955.

It was really Santa, too. And by that I mean it was an overweight gentleman with a long, grey-white beard, a dark red suit with white trim, wire-framed glasses and a balding head. His cheeks were rosy either from the cold or the exertion of hoisting himself up on the barstool. He was not particularly tall.

When he's in a funk, Adam the immortal man mostly just wants a place to drink and the occasional drinking buddy. When that buddy turns out to be Santa Claus, Adam is forced to face one of the biggest challenges of extremely long life: Christmas cheer. Will Santa break him out of his bad mood? Or will he be responsible for depressing the most positive man on the planet?

What listeners say about Yuletide Immortal