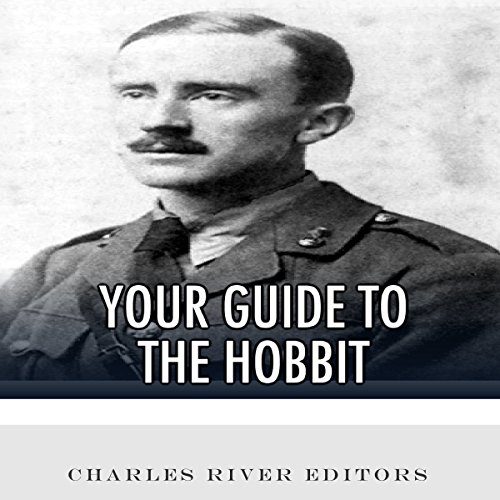 Your Guide to The Hobbit

Your Guide to The Hobbit

"In a hole in the ground there lived a hobbit."

So starts one of Western literature's most epic journeys, The Hobbit, a fantasy novel that has delighted adults and children alike since it was published in 1937 by professor J.R.R. Tolkien. Ostensibly, The Hobbit is an adventurous tale about hobbit Bilbo Baggins, who leaves the cozy comforts of his home to try to win a share of a treasure guarded by a dragon named Smaug. The novel follows Bilbo and an assorted cast of magical characters and creatures, including dwarves, the wizard Gandolf, giants, goblins, and the mysterious Gollum. Tolkien brings so many different characters to life and keeps the plot moving at a fast enough pace that fans of all kinds have been easily engrossed with the novel over the last 75 years.

Of course, there is a never-ending number of fantasy novels, so why has The Hobbit endured so long and remain as popular as ever before? Part of the reason comes from Tolkien's background as a professor well versed in Anglo-Saxon literature, which made him extremely familiar with old medieval fairy tales. Others have pointed to his experience in World War I as being responsible for the militaristic and heroic motifs found throughout his books. Furthermore, Tolkien manages to make his characters come across as down to earth, even in the midst of a fantasy world, and at the heart of the novel is a coming of age story that people on Planet Earth have always identified with.

That said, the novel is ultimately successful because Tolkien completely immerses people in the different environments of Middle Earth, so that they feel they are on the quest with Bilbo.

About the author and the book for those of us who.

This book is great for those of us who have never read The Hobbit and know less than nothing about the creation of the book. It seems that the author was a Beowulf scholar known as the Father of High Fantasy and originally wrote it for children. This thesis points out the many earlier works by the Norse and the Germanic tribes that influenced Tolkien and his penchant for creating languages.
If you are familiar with The Hobbit you can skip this one, but if you've only been exposed to snippets you really would benefit from reading this.
Once again the narrator is Colin Fluxman who always is remarkable.

Good Summary of the Book

This is a clear and concise summary of The Hobbit. In addition to a summary of the plot, we get some insight into where Tolkine came up with his ideas. The material is well presented, and the narration is well suited to the tone of the material.