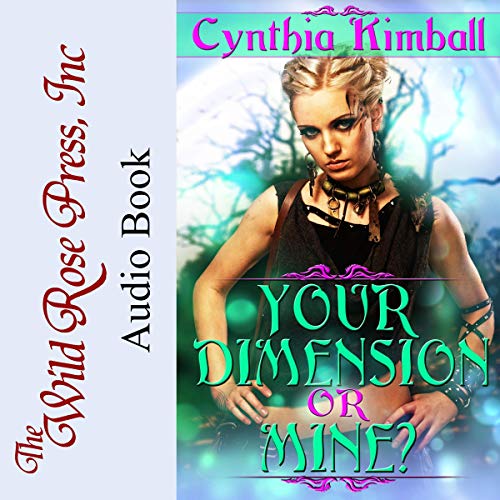 Your Dimension or Mine?

By: Cynthia Kimball
Narrated by: Hollie Jackson
Try for $0.00

When Ari Reynolds signed up for an online dating service, she only did it to get her sister off her back about her dateless life. She never expected to be contacted by men from other dimensions or have a demon claim ownership of her through a magical DNA contract. Now that her eyes are open, she is catapulted to Dimension Zeta. There, a powerful Fae named Mayir trains her to defend herself against the mysterious Orion.

Even more confusing, she finds herself falling for Terrian, a man from an entirely different dimension. Terrian promises to help defend her, but when Orion steals something of great importance to her, she must stand alone against him. Can a mere human fight off the magical control of an immortal being who wants her more than anything?

What listeners say about Your Dimension or Mine?

I wasn't sure what to think when I first started listening. This story is unique and well written. A true delight that left me wanting to read/listen to more from this world. This story is about a woman who's sister keeps setting her up on dates until the woman, Ari, signs up for online dating. One such dating site happened to be interdimensional where she found her love. And after she destroyed a creep who would have her for his slave she was married.
Narrator Hollie Jackson does an absolutely amazing job.

This was a fun intriguing read. that I quickly got totally immersed in and transported to. I love Ari's selflessness and strength. Her mate was everything!! I enjoyed this wild ride into the IDS and look forward to more. The narrator's voice and expressions added to my enjoyment.