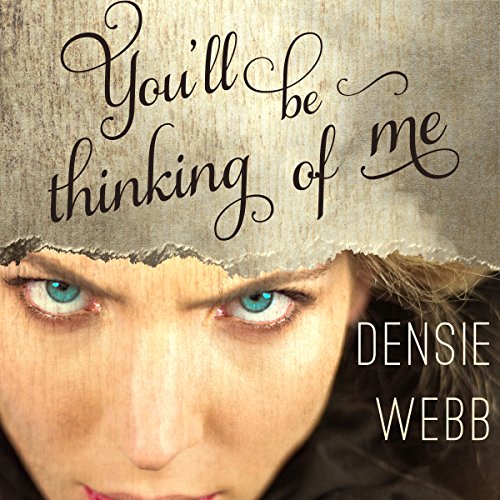 You'll Be Thinking of Me

By: Densie Webb
Narrated by: Marissa Pistone
Try for $0.00

A chance encounter with a celebrity, an impromptu video, and a shiny new espresso machine. It all added up to a juicy tale for 24-year-old Rachael Allen to share with friends. But when her best friend posts the video online, bizarre threats, home break-ins, and deadly gifts from an obsessed fan follow close behind.

Mick Sullivan, the star in her video, offers to help, and in the process Rachael discovers that despite his reputation as a player of Olympian caliber, he is down to earth - and emotionally damaged. He has secrets. Some he's shared only with his pseudo best friend. Others he's shared with no one. But there's one secret he's hidden from himself, washed away by too many beers. Despite wildly divergent life paths, their shared Southern roots (and a passion for good music) creates a common thread that draws them together. As the threats escalate and their relationship deepens, Rachael struggles to accept Mick's past - and his present. And she is forced to confront her own obsessive love to ultimately decide if being with Mick Sullivan is worth the collateral damage.

You'll Be Thinking of Me is the story of Rachael's serendipitous encounter with a celebrity, her brush with obsessive love, and the bittersweet gift left behind by the very person fixated on destroying her life.

What listeners say about You'll Be Thinking of Me

Kept me on the edge of my seat

What made the experience of listening to You'll Be Thinking of Me the most enjoyable?

The mystery, drama and suspense.

The end...packed full of emotion and heart.

I had a marvelous time listening to YOU'LL BE THINKING OF ME! It has all the elements to a good listen...love, suspense, drama and mystery. It was a wild ride of a listen, as the story progressed and you got involved deeper with the characters you were more and more interested in the drama surrounding this unsuspecting relationship. There were some heart pounding moments and some that will make you swoon...it was a great listen and I rate it 4.5 stars