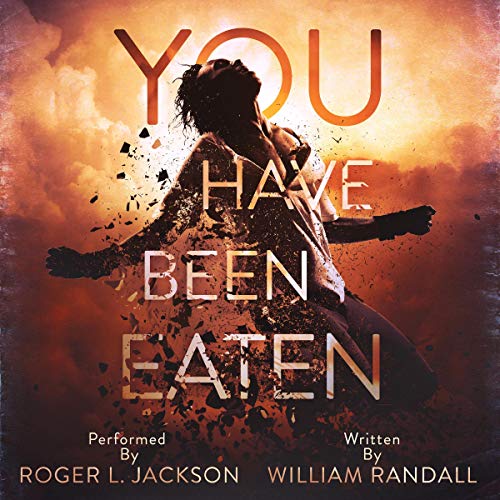 You Have Been Eaten

By: William Randall
Narrated by: Roger L. Jackson
Try for $0.00

The Coil is the most commonly used name for the multiverse, a place of wondrous and magnificent various realities. While most consider the Coil to be a home, it would better be called a battlefield. Harmony, discord, time, and fate all wage an endless war for control of existence, control of the weave.

This book is the first of 45 Hub anthologies, books which describe the major positions of the Coil - your introduction to a massive fictional world which will pull you in take you places you will never be able to forget.

Each Hub anthology describes one major position, one archetypal portion of the Coil. A combination of short story anthology and loosely interrelated narrative, a Hub anthology sets the tone for one of the many fractal aspects you can explore.

This particular Hub reality is Hub 20, the version closest to our own. Discord, the Coil Worm, strives mightily to destroy everything within this hub - over four million different realities in this Hub alone. You Have Been Eaten is the gateway of discord into our world - a rabbit hole of corruption on a scale like you've never seen

What listeners say about You Have Been Eaten

The thing I like most about this work is how strong the voice is. It is piquant at times. At others it is rich and decadent and sensory and just a tiny bit odd - an experience just as much as it is a story.

And sometimes, with a specific choice of word or turn of phrase, like an itch in the back of my brain, I can hear him laughing from the other side of the page.

You Have Been Eaten is a dark spiritual thriller. Each chapter seems to have its own plots, characters, and twists that are each worthy of their own novels. In the end they all are interconnected and entwined for and overall story and plot. After you have digested these thoughts you will feel as tho the author has tap into your brain and enjoyed playing around a bit. This is an extremely well crafted piece of art. Enjoy 7 hours of being glued to every word as your mental nature is toyed with. The narration was extremely professional and well done by Roger L Jackson. This novel shows the immense talent of the author William Randall.