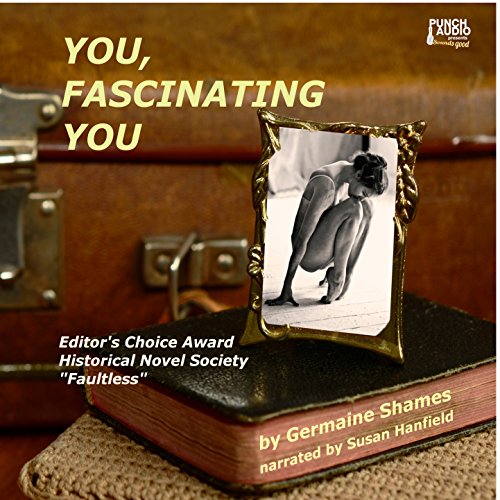 By: Germaine W. Shames
Narrated by: Susan Hanfield
Try for $0.00

In the final weeks of 1938, in the shadow of Kristallnacht and imminent war, a heartsick Italian maestro wrote a love song called "Tu Solamente Tu". Its lyrics lamented his forced separation from his wife, the Hungarian ballerina Margit Wolf, in the wake of Mussolini's edict banishing foreign Jews from Italy. The song, first recorded by Vittorio de Sica in 1939, catapulted to the top of the Hit Parade and earned its composer the moniker "the Italian Cole Porter". The German version, "Du Immer Wieder Du", would be performed by Zarah Leander, the foremost film star of the German Reich, and its English counterpart, "You, Fascinating You", by the Glenn Miller Army Air Force Band. Twenty-two years would pass before the maestro and his ballerina again met face-to-face. You, Fascinating You begins as a backstage romance and ends as an epic triumph of the human spirit.

What listeners say about You, Fascinating You

Just sit back and listen

I enjoyed this book through the audio copy and it took my breath away. I loved just sitting back and listening to the magnificent narration of You, Fascinating You. It's the first book of this author's that I've had the honor of listening to (or reading) and I was impressed. The story of the ballerina Margit, and her true love, her maestro taking years to reconnect, during one of the hardest eras in history. It's a powerful story, and listening to this you can really feel the emotions running throughout the story. An epic story and well worth the read and listen. The final chapter brings a lot of pain, remembrance and even small hope for what may come next. Highly recommended.

Would you listen to You, Fascinating You again? Why?

I would if I had all the time in the world...but since I don't and there are just too many books on my to read list I will not be.

Which character – as performed by Susan Hanfield – was your favorite?

It pulled at the heart strings

I listened to this book on Audible.com which was provided to me for my honest review.

I loved listening to this story and the narration was very easy listening as the readers voice was perfect for the character. The story follows a ballerina through her hardships and love (infatuation which is not always returned) with the Italian composer. As Margit is forced to separate from her husband when the Nazis invade the story takes a turn and she is clinging for life and also suffers a separation from her son. This story was hard to listen to at times but none the less it is a historical novel which is fiction but still based around a time in the world when there was a lot of suffering. A great listen!