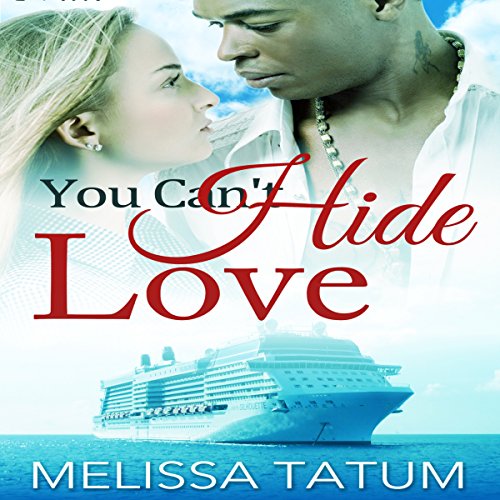 By: Melissa Tatum
Narrated by: Jack Sochet
Length: 1 hr and 6 mins
Categories: Romance, Contemporary
3.5 out of 5 stars 3.6 (5 ratings)
This title is included in Audible Escape

Brian didn't want to go on a cruise, not really. But things hadn't been easy lately. His company, an artist management outfit he had started from scratch, was doing well, and he knew he could trust his second-in-command completely. But all that had come at a cost. His wife of seven years and he had divorced. He had an ulcer. His doctor had insisted that he take a break. Finally, he decided to go on a week's cruise in the Caribbean.

Lisa was on a week's vacation with her friends. Her friends had decided that she needed to get away and try to forget about her ex-husband, who had cheated on her and married his secretary. She had reached what she thought was a fair settlement with him, though her friends declared she had been far too soft. She tried to forget him, to stop resenting him for taking so much of her and giving so little back. When Brian and Lisa meet, they don't get along very well. Lisa thinks Brian is moody and rude. Brian doesn't want to be interested in Lisa. He had already tried and failed at marriage. He didn't want to fail yet again. But there isn't much room to avoid each other on a cruise, especially when they don't really want to. Still, can either of them trust enough to risk everything a second time?

Firstly I just loved the chemistry and attraction portrayed between the stars of the book Bobby and Mindy. I could actually visualize their love and romance while reading the book and the story line too kept me curious and wanting to read more without stopping. this romance book was one of the best in this category!

You Can't Hide is a riveting story.I was swept along with the looming danger and love's raw emotions while enjoying a lot of fun banter between the characters in the calmer scenes. The theme of domestic abuse receives the serious treatment that it deserves, yet the mix of humor, faith, and romance makes the story truly uplifting!
Great Book!!!