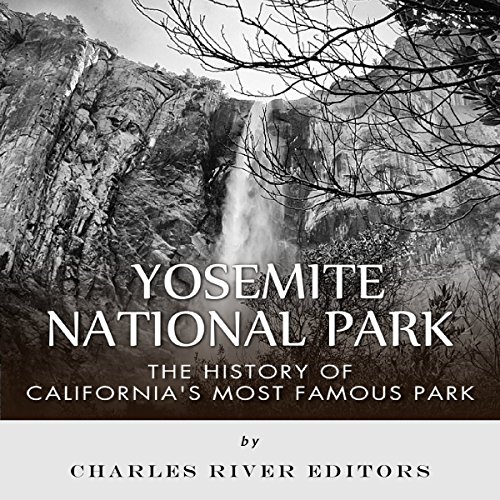 By: Charles River Editors
Narrated by: Diane Lehman
Try for $0.00

"Yosemite Valley, to me, is always a sunrise, a glitter of green and golden wonder in a vast edifice of stone and space." (Ansel Adams)

"Some of the natural world is appealing, some of it is terrifying, and some of it grosses us out. Modern people don't want to be dropped naked into a swamp. We want to tour Yosemite with our water bottles and G.P.S. devices. The natural world is a source of happiness and fulfillment, but only when prescribed in the right doses." (Paul Bloom)

"If for a moment you are inclined to regard these taluses as mere draggled, chaotic dumps, climb to the top of one of them, and run down without any haggling, puttering hesitation, boldly jumping from boulder to boulder with even speed. You will then find your feet playing a tune, and quickly discover the music and poetry of these magnificent rock piles - a fine lesson; and all Nature's wildness tells the same story - the shocks and outbursts of earthquakes, volcanoes, geysers, roaring, thundering waves and floods, the silent uprush of sap in plants, storms of every sort - each and all are the orderly beauty-making love-beats of Nature's heart." (John Muir)

The United States is full of natural wonders, but few remain unspoiled by man as much as Yosemite National Park: a 750,000-square-acre park near the Sierra Nevada mountain range. Despite being inhabited by people for nearly 3,000 years, the relatively remote spot helped ensure that even as America expanded west, the Yosemite area avoided being settled or exploited like so many other areas on the frontier.