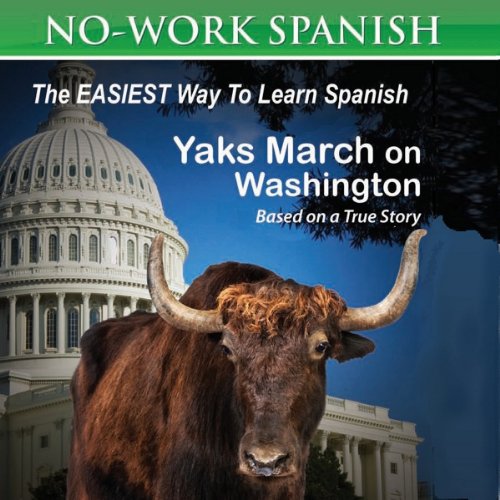 No-Work Spanish audiobooks are stories read with each sentence said first in English, then in Spanish. At the end of each chapter, the chapter is repeated entirely in Spanish. But Can You Learn Spanish from No-Work Spanish stories? Yes!

No-Work Spanish stories are performed by talented bilingual actors and actresses. You'll want to listen to find out what happens next in the story. As you hear each sentence, first in English, then in Spanish, your mind links the two, just as effortlessly as you learn the words to a song you like. Hearing the chapter repeated, entirely in Spanish, after you have absorbed the Spanish vocabulary reinforces the Spanish and greatly improves your ability to listen and comprehend an entire Spanish passage.

You do not need to know any Spanish to learn from No-Work Spanish audiobooks. On the other hand, if you already know some Spanish, you will learn that much faster.

I have 3 of these books. This one isn't as bad as the Missing Poodle story as far as narration. .but the story and the barking (pretending to be the dog) were badly done. Not a book I enjoyed.