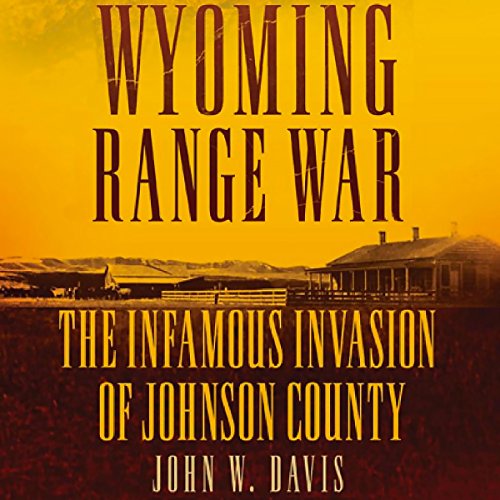 Wyoming attorney John W. Davis retells the story of the West's most notorious range war. Having delved more deeply than previous writers into land and census records, newspapers, and trial transcripts, Davis has produced an all-new interpretation. He looks at the conflict from the perspective of Johnson County residents - those whose home territory was invaded and many of whom the invaders targeted for murder - and finds that, contrary to the received explanation, these people were not thieves and rustlers but legitimate citizens.

The broad outlines of the conflict are familiar: some of Wyoming's biggest cattlemen, under the guise of eliminating livestock rustling on the open range, hire two dozen Texas cowboys and, with range detectives and prominent members of the Wyoming Stock Growers Association, "invade" north-central Wyoming to clean out rustlers and other undesirables. While the invaders kill two suspected rustlers, citizens mobilize and eventually turn the tables, surrounding the intruders at a ranch where they intend to capture them by force. An appeal for help convinces President Benjamin Harrison to call out the army from nearby Fort McKinley, and after an all-night ride the soldiers arrive just in time to stave off the invaders' annihilation. Though taken prisoner, they later avoid prosecution.

The cattle barons' powers of persuasion in justifying their deeds have colored accounts of the war for more than a century. Wyoming Range War tells a compelling story that redraws the lines between heroes and villains.

"A pleasure read that you can't help but enjoy." ( Wyoming Lawyer)
"Likely to be the definitive history." (thefencepost.com)