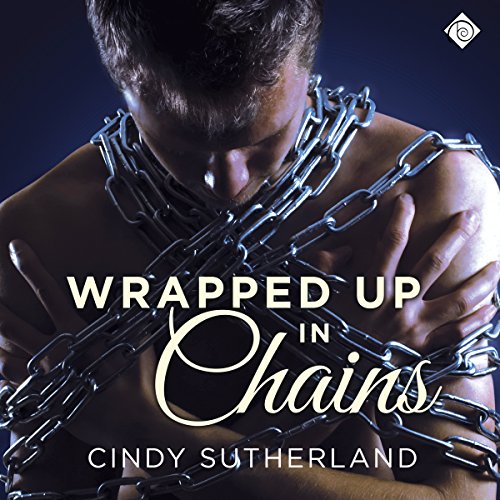 Wrapped Up in Chains

By: Cindy Sutherland
Narrated by: John Anthony Davis
Try for $0.00

Devon West is a professional Dom who runs his own club, doesn't believe in romance, and has never been in a long-term relationship. All this changes when he rescues Chase Mackenzie.

Chase is a runaway who has been kept as a slave since he was 16. Now 23, he's still innocent and sweet despite being severely abused and left behind by his Dom.

When Devon finds out that the man who held Chase hostage is the same man who hurt him terribly when he started learning about the sub/Dom lifestyle, he knows he has to keep Chase safe.

Spoiled rich boy and sociopath James Kingston is obsessed with Devon. He's convinced Devon would be his perfect sub and Devon only thinks he's a Dom because he needs proper discipline. Losing Chase to Devon is like rubbing salt in the wound, and he's determined to get them both under his thumb. This time, Chase may need to rescue Devon.

What listeners say about Wrapped Up in Chains

Good story, not so good narrator

3.5 stars. I didn't care for the narrator. There were times that I couldn't tell the difference between Chase &amp; Devon's voices. I would have liked a little more of a D/s relationship, it was rather tamed. But I loved watching these two fall in love, though it did happen pretty quickly. I would have liked more of Devon's backstory as we don't get much of it.

This is the first book I’ve read by Miss Sutherland, and I found her writing okay with well-flushed out characters and an interesting plot. Wrapped Up in Chains had a hurt/comfort vibe to it and the author did a good job balancing the difficult, sometimes traumatic things Devon and Chase faced with the positives they experienced together. I also liked how Chase grew and matured over the course of the book. Though much of the conflicts were interesting and added a nice element of angst, toward the end of the book the resolutions felt simple at times, only to surprise me with an over-dramatized twist. The up and down momentum of the conflict felt odd, though I think part of that was my lack of connection to the story overall.

The narrator for the Wrapped Up in Chains audiobook was new to me as well. John Anthony Davis had a good tone and rhythm to his performance, but I didn’t much care for the voices he used for the characters - particularly Chase. The voice Mr. Davis chose for Chase was reminiscent of the 16-year old naïve boy Chase was when he first ran away. With Chase being a 23 year old man who lived through a number of traumatic experiences, it simply didn’t fit and it made the sex scenes particularly awkward to listen to as the BDSM play came back into Devon and Chase’s relationship.

If you could sum up Wrapped Up in Chains in three words, what would they be?

I liked how Devon took over Chase to keep him safe and they bonded. I can see Devon's sense of responsibility and Chase feeling attached to him.I can get how they could easily fall in love.It is sort of like a knight rescuing a damsel (guy) in distress and protecting him from the evil.

Where Devon talks to Chase's parents. (can't say more it would be spoilers)

I can't say I had an extreme reaction but I did enjoy it and it kept me engaged.

Chase ran away from home at the age of 16 afraid his parents wouldn't accept he was gay and not wanting to disappoint them or embarrass them in tier church and community. A man (James Kingston) picks him up offering a warm bed, roof over his house food and clothing. James told him he contacted his parents and they wanted nothing to do with Chase. James kept Chase hostage, beating him, depriving him of food and abusing him. Chase thought this was what a sub was sposed to be like.

Devon comes to work at his BDS club one night to one of his doms beating the crap out of a young sub while is master did nothing. Devon and security stop it fired the dom and took the sub into his care. Devon told Chase he could stay with him and they would protect him from Kinston. Devon and his group devised a plan to do so.

If you like a fast-paced story, close-knit characters, hot Doms or Master sexy subs and a charming romance this is for you.

one of the best book's everrr

awesome narration of an awesome book!

Independent reviewer for Divine Magazine, I was gifted the AUDIO file of this book.

Devon finds Chase, tied to a St Andrews Cross, in his club, being badly whipped and Devon sees red. After taking Chase down and looking after him, Devon gets some of why Chase was being punished so harshly, and again sees red. Because the man who has held Chase as nothing more than a slave and prisoner for 7 years, is the same man who beat Devon to a pulp when he was just starting out in the lifestyle. What started as a case of after care, quickly becomes something much more, for both men, but Devon knows, to keep Chase safe, he is going to have to let him go.

Don't you just LOVE it when a book totally surprises in ways you didn't see coming!!

Written from both Devon and Chase's point of view, we get it all. We get deep into the emotional scars Chase from his 7 years at the hands of Kingston. We get deep into Devon's psyche as a Dom and a Master, but equally, as just a man, who finds himself letting go of the one man who could make him whole, just to keep Chase safe.

I was shocked how it all went down with Kingston, but given the level of madness that man possessed, I don't think either Chase or Devon would have been really safe had it gone down any other way.

And I love loved LOVED that it was CHASE who pushed Devon to come get him! Loved that Chase corned Devon, come get me, or I'm moving on. And THAT was what Devon needed to hear, to make him see that that he needed Chase in his life, his bed and his heart.

First I've read/listened of Ms Sutherland's work, hope it's not the last!

This is, as far as I can see, the first of Davis' work I've listened to. Other than a tendency to pause in random places, in the middle of sentences, I loved the way he performed this book.

His reading voice is deep and clear, and I had no trouble catching everything he said. His voices are distinctive and easily definable, making it easy to know who was talking without being told. And it seemed to me, while very VERY young sounding at the beginning, Chase's voice became older in the time he was with Devon. Like he grew up really quickly. I liked that, might just be me though!

Davis pulls off the intense emotions in this book incredibly well. It was painful listening, I can only imagine how painful reading it would be.

I will certainly look for more of Davis' work to listen to.

rounded up to five stars overall.

I adored the storyline between Devin and Chase, cute cute and loving. I highly recommend this book . this is my first time being introduced to this author Cindy Sutherland books and I cannot wait until she releases more audio books.