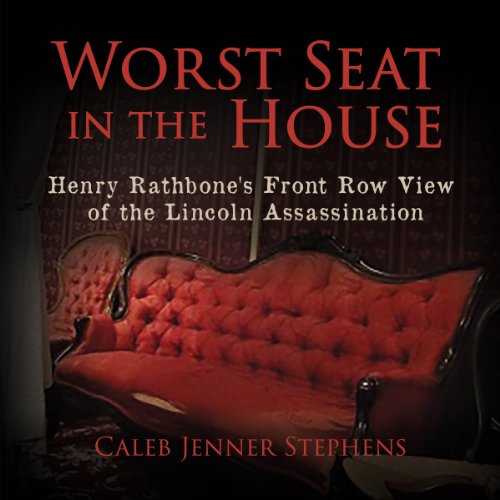 Worst Seat in the House

Worst Seat in the House

On April 14, 1865 John Wilkes Booth changed the world with a single bullet. The assassination of Abraham Lincoln had many repercussions and for Henry Rathbone they were profound. Henry was the only man to confront Booth and attempt to apprehend the assassin. Henry was also the man that let Booth escape. While Henry wasn't officially blamed for allowing John Wilkes Booth to kill Abraham Lincoln, he blamed himself.

After the assassination the vivid memories of Lincoln's death and failure to capture Booth caused Henry's mind to unravel. He traveled the world with his young family looking for an escape from his past. In 1883, eighteen years after the assassination, Henry's tortured mind reached its limit. In the early hours of Christmas Eve Henry murdered his wife, shooting and stabbing her multiple times in a fashion reminiscent of Lincoln's assassination.

In Worst Seat in the House follow the life of Henry Rathbone from his childhood through the Civil War, the assassination and his final years in a German insane asylum. In this biography and case study of a man dealing with post-traumatic stress disorder, see how the events of Henry's life created the man he finally became. Place yourself into the mind of Henry Rathbone and ask yourself how you would cope with failing the world?

Would you listen to Worst Seat in the House again? Why?

yes, because it gave an entirely new perspective to Lincoln's assassination.

It wasn't the same old story re-told. It gave a perspective from inside the theater box and how it affected those closest to Lincoln that night.

Getting to know Henry.

Yes. It gave me food for thought and taught new lessons we can learn from Lincoln's Assassination especially about PTSD and how science has evolved since the Civil War