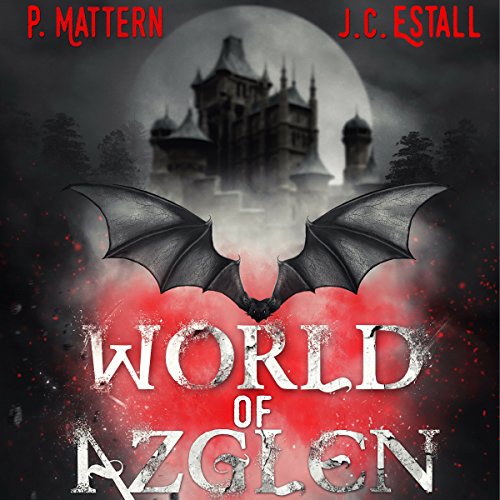 Charley Rabbit is a mentally disabled young man who lives quietly with his widowed mother Mitzi in the American Midwest - but not for long! Charley develops a rapid intellectual growth spurt after being bitten by a vampire. Fressenda and her fraternal twin brothers Cass (Castor) and Lux (Pollux) take an interest in Charley and Mitzi and become part of their extended family, but Mitzi is wary and senses that the changes in Charley may be part of something mysterious, dark and sinister. In the meantime, she is offered something she didn't believe was possible - a clandestine relationship with a younger, and incidentally immortal, male.

The ensuing connection that Charley and his mom develop with V-net vampires, (a brilliantly organized organization that has piggybacked on the existing infrastructure in the U.S), an ancient family history and a dangerous and wily adversary, the Vampire Lord Adrastos puts both their lives and their new relationships at risk and takes them to some of the most remote locales on the planet.

A new different take on vampire life and love and I just can't get enough! I love this book and can't wait for book 2 to have narration!
This has it all. Friendship, love, action, adventure, and Vampires!


Omg...so Patricia Mattern is already one of my favorite authors. So why have I had this on my kindle for so long and not read it yet? Because I am an idiot! This book is brilliant! (Not surprising if you have read anything else by her)
Charley Rabbit is a mentally handicapped young man who has gone through life with a devoted mother taking care of his every need. His mom takes him to a Renaissance Faire where he has a chance meeting with three very unique young individuals who take a genuine liking to Charley. Fressenda,Cass, and Lux turn out to be the distraction that Mitzi needs for her son.
When Mitzi starts to notice miraculous changes in Charley, she knows something is amiss. What do you do as a momma bear when you have sheltered your mentally challenged son his whole life and hear the word vampire? Why you pass out of course! And then you interrogate!
New relationships develop, new vampires are made, and now someone sinister has their sights set on Mitzi. When a new friend comes into the picture and the trust is questionable, can the boys keep it together long enough to help Mitzi? Or will she become a slave to a dark vamp?

I love the twist of the vamps in this book. This was a great read and even better hearing it read to you!