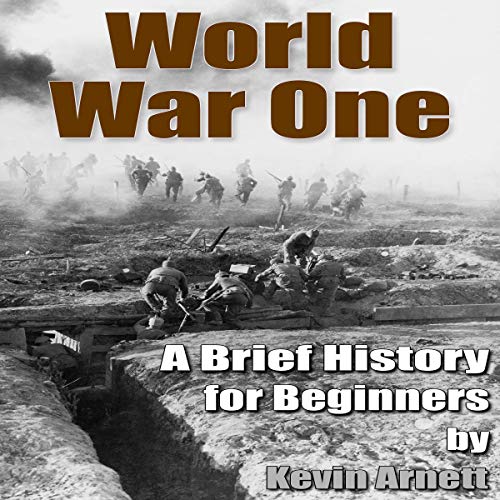 By: Kevin Arnett
Narrated by: Craig Patterson
Try for $0.00

Learn the history of World War I in an easy afternoon listen.

World War One, or the “Great War” as it was called at the time, was the devastating consequence of a Serbian revolutionary group’s 1914 murder of a royal couple of the Austro-Hungarian empire.

When the war ended four years later, nine million soldiers and five million civilians were dead, and seven million soldiers were disabled. Billions of dollars of national treasure had been spent waging the war and dealing with the aftermath. It was the first war in which extensive use was made of poison gas, with its scarring of those who lived and excruciating death for those who didn’t.

Learn about the major battles of World War I and the endless trench warfare that destroyed millions of lives. Find out how modern technology was introduced to the art of warfare, from submarines to tanks to airplanes to sophisticated artillery.

The Brief Historical Guide series is a collection of clearly written, professionally edited guides that introduce the listener to topics of major historical importance. Aimed at history lovers with limited free time to listen, the series is designed to make learning about history easy and fun.

What listeners say about World War One

Brief is alright since there isn't as much information as on world war 2 history.