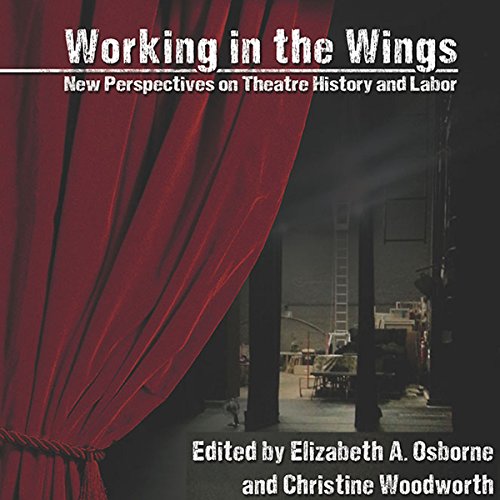 Working in the Wings

By: Elizabeth A. Osborne - editor,Christine Woodworth - editor
Narrated by: Cynthia Wallace
Try for $0.00

Theatre has long been an art form of subterfuge and concealment. Working in the Wings: New Perspectives on Theatre History and Labor, edited by Elizabeth A. Osborne and Christine Woodworth, brings attention to what goes on behind-the-scenes, challenging and revising our understanding of work, theatre, and history.

The essays consider a range of historic moments and geographic locations - from African Americans' performance of the cakewalk in Florida's resort hotels during the Gilded Age to the UAW Union Theatre and striking automobile workers in post-World War II Detroit to the creative struggle in the latter part of the 20th century to finish an adaptation of Moby Dick for the stage before the memory of creator, Rinde Eckert, fails. Contributors incorporate methodologies and theories from fields as diverse as theatre history, work studies, legal studies, economics, and literature, and draw on traditional archival materials, including performance texts and architectural structures, as well as less tangible material traces of stagecraft.

Working in the Wings looks at the ways in which workers' identities are shaped, influenced, and dictated by what they do; the traces left behind by workers whose contributions have been overwritten; the intersections between the sometimes repetitive and sometimes destructive process of creation and the end result - the play or performance; and the ways in which theatre affects the popular imagination. This collected volume draws attention to the significance of work in the theatre, encouraging a fresh examination of this important subject in the history of the theatre and beyond.

What listeners say about Working in the Wings