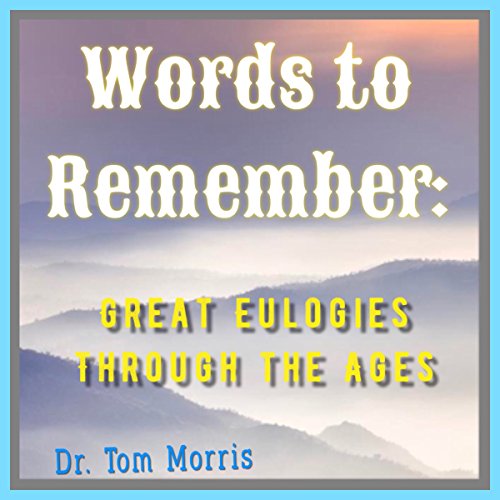 Some eulogies stick in the minds of generations and remain for future generations. I can still recall the eulogy of Ted Kennedy in 1968 of his slain brother Bobby Kennedy: "My brother need not be idealized, or enlarged in death beyond what he was in life; to be remembered simply as a good and decent man, who saw wrong and tried to right it, saw suffering and tried to heal it, saw war and tried to stop it. Those of us who loved him and who take him to his rest today, pray that what he was to us and what he wished for others will some day come to pass for all the world. As he said many times, in many parts of this nation, to those he touched and who sought to touch him: 'Some men see things as they are and say why. I dream things that never were and say why not.'"

What listeners say about Words to Remember