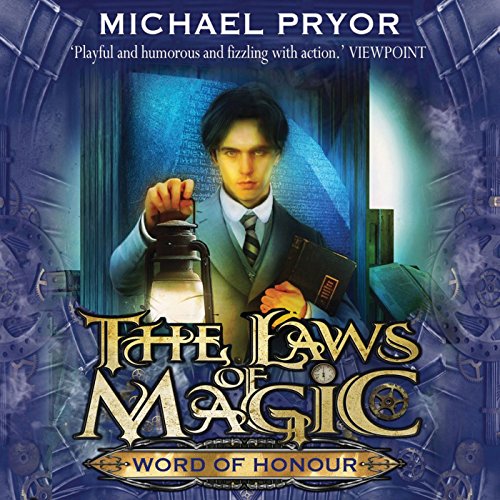 By: Michael Pryor
Narrated by: Rupert Degas
Try for $0.00

Aubrey and George struggle to concentrate on their studies amidst mysteries, secret adversaries, and deep undersea adventures. Magical genius Aubrey Fitzwilliam, along with his loyal friend George, is trying to immerse himself in his new life at college. But for Aubrey life is never straightforward. When Aubrey's father, the Prime Minister, invites them to take a ride on a top-secret submersible, Aubrey and George can't resist. But a sudden magical attack threatens to send them to the bottom of the ocean and begins a whirlwind series of events - a plot to rob Albion's largest bank, strange underground disturbances, and an opera singer who bears an uncanny resemblance to Aubrey's nemesis, Dr. Tremaine.

What listeners say about Word of Honour

don't start with the third book.

I had a hard time getting into the story as I later realized this is book 3 in a series. there were so many referance to the previous books I was forever wondering what went down in the previous adventure.